Police: 2 men killed in fiery crash after being rear-ended by speeding driver in Philly

Police say the person responsible for the crash will soon be charged with DUI and vehicular homicide.
WPVI
By 6abc Digital Staff and Katie Katro 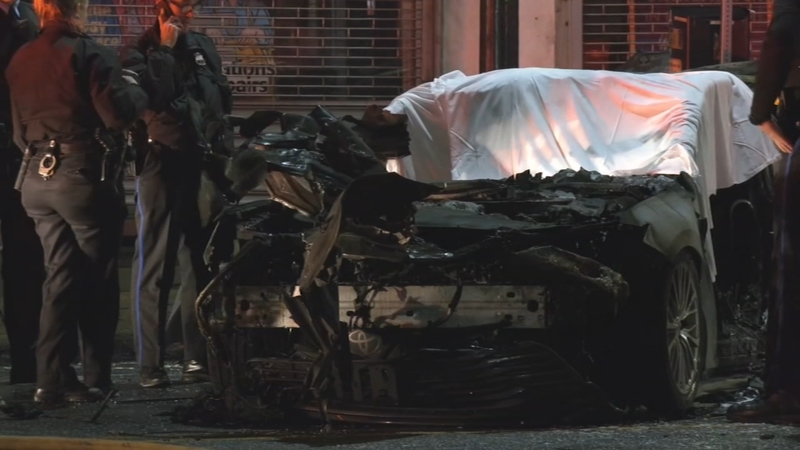 2 killed after being rear-ended by driver under the influence: Police

PHILADELPHIA (WPVI) -- Two men were killed after they were rear-ended by a speeding driver who was under the influence, according to Philadelphia police.

It happened at the intersection of Stenton Avenue and East Johnson Street in West Oak Lane around 11 p.m. Saturday.

Police say a vehicle with two men inside burst into flames after being rear-ended by another driver.

People who live in the neighborhood rushed over to try to pull the men from the burning car, but were unsuccessful.

"It was a loud crash, and you heard a pop right after... I saw the car in flames. Everyone running up the street to try to help," recalled one neighbor.

Neither man who died in the crash has been identified.

Residents Action News spoke with said this accident has devastated the neighborhood.

"I prayed for the families in church today. I just hope the families get through this, that's definitely a tragedy," said Thorpe Young, who said he heard the crash.

Police say the person responsible for the crash is hospitalized in critical condition and will soon be charged with DUI and vehicular homicide.

Anyone with any further information is asked to call police at 215-686-TIPS.