Date set for 2022 Atlantic City Airshow at the Jersey shore 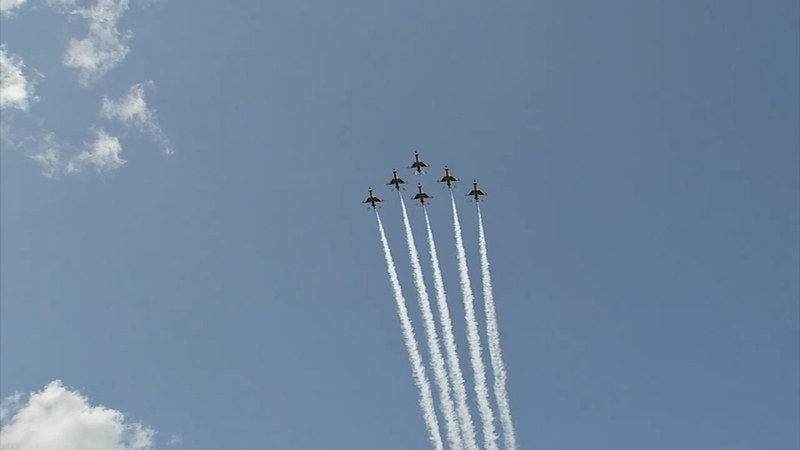 ATLANTIC CITY, New Jersey (WPVI) -- A date has been announced for one of the most popular summer events at the shore.

The 2022 Atlantic City Airshow will be held on Wednesday, August 24.

Long-time favorites including the Air Force Thunderbirds and the Army parachute team Golden Knights will be back for this year's event.

"It's incredible to have the Navy's Rhino Demo Team fly in the A.C. Airshow again," said Michael Chait, president of the Greater Atlantic City Chamber. "As one of only nine airshows that the 'Rhinos' will participate in this year, we feel very honored to have them fly in Atlantic City's."