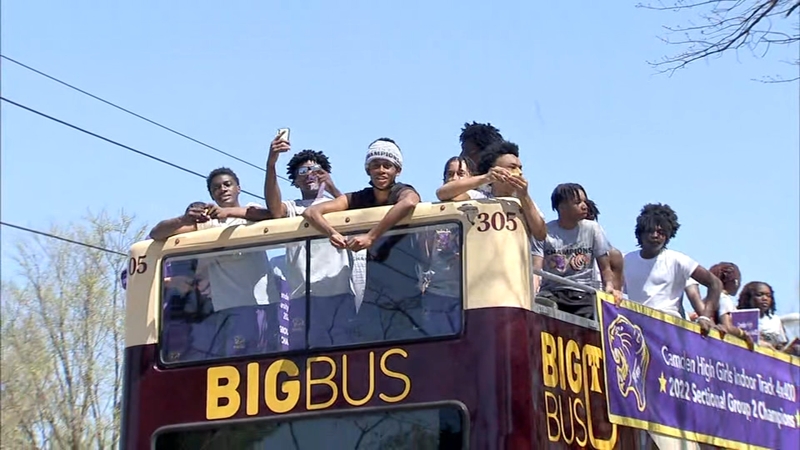 Student-athletes honored with "Parade of Champions" in Camden, NJ

The accomplishment even has Camden's mayor excited.

"This is not common," exclaimed Mayor Victor Carstarphen as he walked along the parade route. "Four state champions, one city! Seventy-four thousand people, seven miles long."

The high school athletes were on buses as they rode throughout Camden in the Parade of Champions, organized through a collaboration with the school district, the city, and the county.

"We want to make sure all these kids are being honored for their hard work and dedication in the classroom," said Camden County Commissioner Al Dyer.

The celebration is what the student-athletes, parents, and coaches need after a tough couple of seasons.

"The last couple of years, we weren't able to participate and come see our student-athletes play," said Carstarphen. "This year, we made up for it."

The parade included cheerleaders from both schools marching alongside each other. The celebration erases any high school sports rivalries that may exist between players.

"It's bringing them closer together," said Nicole Holman, whose son, Zoe, plays football for Woodrow Wilson High School. "They're being unified."

The celebration is one that some say 'officially' makes Camden the home of champions.