Once the man was taken into custody, the shelter-in-place order was lifted.
WPVI
By 6abc Digital Staff 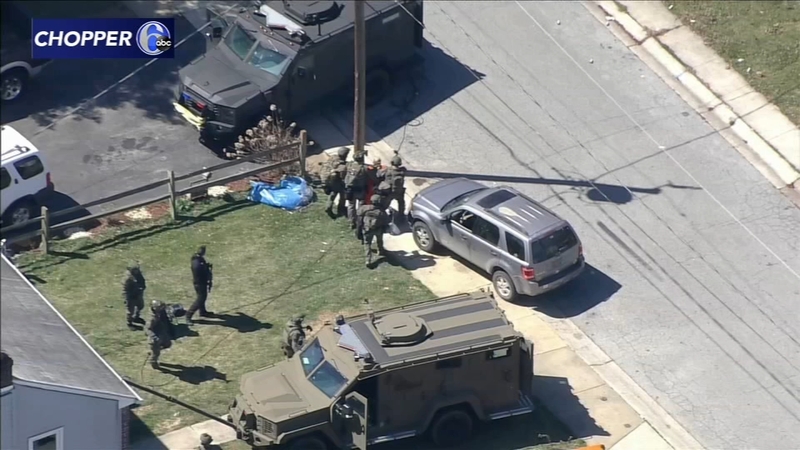 1 in custody following barricade situation at home in Delaware

Police were called to the Collins Park section of the county at about 10:30 a.m. Tuesday regarding a man barricaded inside a home on Atlas Drive, near Delaware Drive.

At about 12:25 p.m., views from Chopper 6 showed officers removing a man wrapped in a red blanket out of the home.

Authorities said the man, identified as 55-year-old Sistillio Popo, was wanted in connection with a burglary on Monday.

When police tried to arrest him, officers said he began throwing modified firework mortars at them.

Popo is now facing charges, including burglary and terroristic threats.