Officials say it's not clear yet where the livestock came from.
WPVI
By 6abc Digital Staff and Katie Katro 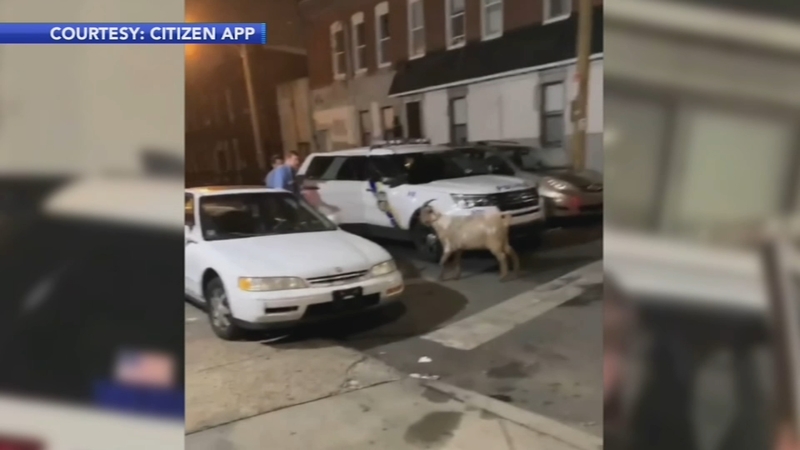 PHILADELPHIA (WPVI) -- A pair of goats were taken into Philadelphia police custody Thursday morning after roaming the streets of Kensington.

"That has to be the oddest thing I've ever seen," said Rumilio Torres from Nicetown.


The incident happened just before 4 a.m. on the 2100 block of Bellmore Street near Frankford Avenue.

Video from Action News showed police wrangled up the goats and placed them in their squad cars near the 3000 block of Frankford Avenue.

"I have no idea what to think about that. I've never heard of that in my life. Not in Kensington anyway," said Richard Atkinson from Kensington.

There is no word on where the officers took the goats.

The goats were heard saying 'baaaaa' while inside the back of the cop car.


According to police radio they were returned to a nearby home.