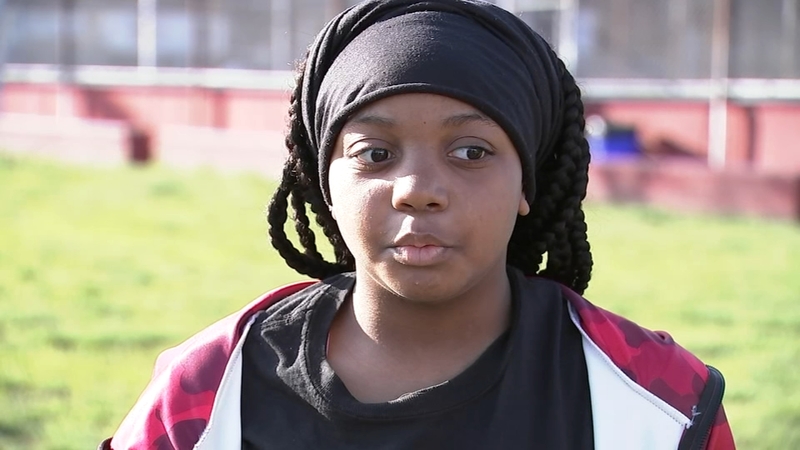 PHILADELPHIA (WPVI) -- Hasiyanah Shannon Wilson, who goes by "Sassy," has killer moves on the soccer field.

The sixth-grader, who plays for the Kensington Soccer Club, also plays on other teams in other leagues in older age groups because of her talent.

Sassy, who is African American, played a game in Bucks County last Sunday in the Inter-County Soccer League, but was sidelined because of beads she wore in her braids. The referee told her the beads were not safe.

"I really didn't like the way the ref was acting because he was pointing at me," said Sassy about the incident. She was the only African American on either team.

"Pointing at people is disrespectful. When he pointed at me, I took that as offensive and I didn't like that," said Sassy. 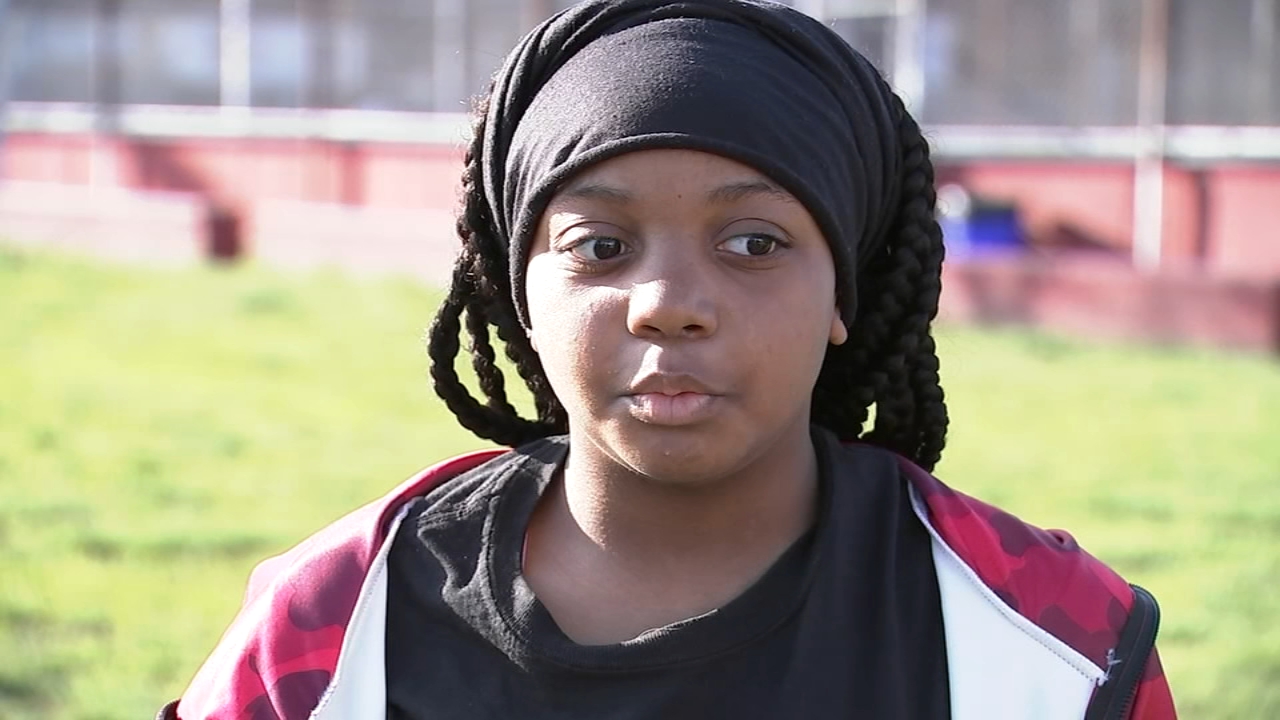 Her Kensington Soccer Club coach Carly Nejara said she had never seen her talented player cry before until the referee removed her from the game.

Nejara was not coaching the team but drove Sassy and was watching from the sidelines.

She began making calls to find out the exact rules. At half-time, she tried to intervene.

"I approached the referee and said, 'Are you really going to deny this child an opportunity? We drove over an hour for her to play, the beads are secure. She's tucking them into her shirt.' And he refused. He said it was a danger. 'What if she fell on the beads?'" recalled Nejara about her version of the conversation between herself and the referee.

"Everybody just wants to make sure kids have opportunities and we're not saying really anybody did anything wrong, we're just saying if there's an antiquated law, we need to evaluate it and look at it if it's excluding an entire group of children, mainly Black girls," said Nejara.

Sassy has played in at least 10 games wearing the beads and other refs had no objections.

A representative from the Eastern Pennsylvania Youth Soccer Association released this statement to Action News:

"A referee's primary responsibility is player safety and every referee is empowered to exercise discretion to make the best decision in the spirit of the game. Referees are required to follow FIFA regulations and according to those regulations, the referee's decision was within the laws of the game. Currently, the referee remains active while Eastern Pennsylvania Youth Soccer fully investigates the incident. That being said, while the referee may have acted appropriately according to the laws of the game, in relation to the coach's account, his response and demeanor was not."

On Saturday, Sassy is set to play another game within the same Inter-County Soccer League.

She has received a lot of support not just from her teammates but also from the soccer community.

In fact, after hearing of Sassy's story, Icarus, a soccer apparel company, created a prototype of a wrap to secure her braids and beads and cover them. She said she is trying the hair wrap out to see if she can play in it.

"So now I feel better like I don't have anything wrong to feel about myself because people tell me that my hair is beautiful all the time. My teammates always encourage me even if there's something bad going on," said Sassy.