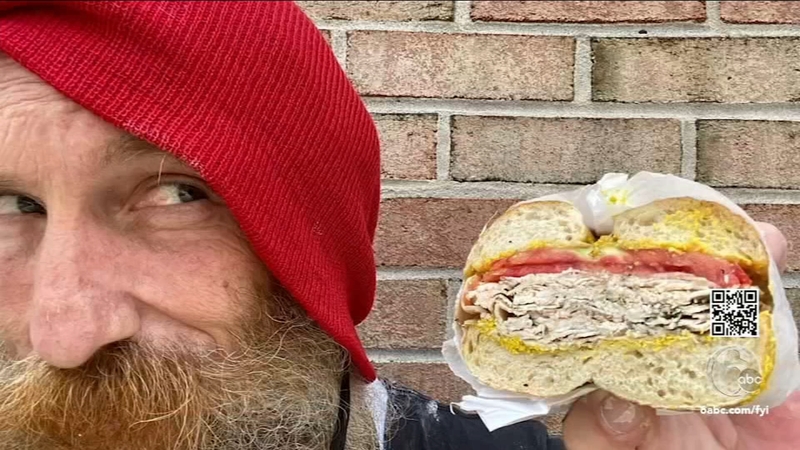 SOUTH PHILADELPHIA (WPVI) -- Philip Korshak is a poet, a bagelmonger and a man who thinks deeply about the food he's producing for his fellow Philadelphians.

At Korshak Bagels, he makes the usual-cinnamon raisin, egg, rye (his father's favorite) and more creative flavors like French toast, a cooper sharp long hot he says exists nowhere else and something he calls the Gemini-half poppy/half sesame.

He makes lots of spreads too; plain, veggie, a roasted long hot schmears and transforms his bagels into entire meals like the cinnamon raisin with peanut butter and jam, Mike's hot honey and bacon or the BLT on a sesame bagel.

Each bagel is a love letter, a way of communicating meaning and connection, and the bagel plays a part in his own love story.

He and his wife, Kendra, had a Sunday morning bagel-eating tradition when they lived in New York. When they relocated to Texas, they found there were no bagels.

So Korshak looked at his wife and said, "I'll learn how to make bagels."

18 years later he opened his own place in South Philadelphia, using a sourdough starter he calls Helen Mirren.

He likes to say it takes 10 people, and a few days, to make each and every bagel. That's nine people to make the bagel and the 10th person eats it.

He hopes his bagels will not only feed our bodies but also open our hearts and make the world a kinder place, one bagel at a time.