All things new in Philadelphia for the New year

Nydia Han and Ducis Rodgers show you what's new in Philadelphia, from new spots to eat to new theatres and live shows.

PHILADELPHIA -- Nydia Han and Ducis Rodgers show you what's new in Philadelphia, from new spots to eat to new theatres and live shows.

El Chingon is a brand-new restaurant in South Philadelphia that's been years in the making.

Chef Carlos Aparicio came to America in 1994 and his cooking career has taken him inside kitchens like Vetri, Serafina and Stephen Starr restaurants.

The recipes at El Chingon come from Aparicio's roots in Puebla, Mexico.

The spot features traditional Puebla delicacies such as Aguachile, a vegan dish with avocado, hearts of palm and cucumber with a house dressing, and the Cemita, which comes with flash fried chicken Milanese, avocado, papalo aioli and shredded cheese.

Carlos is looking forward to the spring when he plans to add some outdoor seating.

The place is BYO but they have homemade drinks that make great mixers too.

When chef Chance Anies was growing up, he would help his father cook at home.

His father was a Navy chef of Filipino descent and the "navy brat" life landed Chance in the Washington, DC area for high school, with summers spent at Camp Hope in Philadelphia.

After trying a few career choices other than culinary, he gave it a shot three years ago with a food cart on Temple's campus.

He named it Tabachoy - the Tagalog nickname given to a friend or family member, meaning 'chubby'.

The cart was popular enough to get the attention of Chef Jose Garces, who recently offered chef Chance a spot in the second season of his 'chef in residency' program at Volver - the fine dining spot in the Kimmel Center.

He completed the program while simultaneously opening Tabachoy as a brick-and-mortar, and now serves Filipino comfort food five nights a week.

Kalaya has been well received in Philadelphia.

The intimate BYO in Bella Vista has been transformed into a new space in Fishtown, but expect the same charm found at the original.

Chef and owner Chutatip Suntaranon opened the original location in 2019 and it quickly gained notoriety as a James Beard finalist and Esquire's Top New Restaurant in America.

The kitchen has an open flame grill and room for five woks and there is an area dedicated to dumplings.

Authentic southern Thai taste remains at the heart of the menu.

There is green curry loaded with a seafood medley and the Kai Dao, which is a separated egg yolk cured in soy sauce and then served atop the fried egg white with a prik nam pla sauce.

And the tom yum soup is always a crowd-pleaser.

When Ethiopian sisters Hayat Ali and Mebruka Kane were growing up in Addis Ababa, the capital of Ethiopia, they developed a love of cooking from their mother.

Since coming to Philadelphia almost twenty years ago and starting their own families here, they have opened three restaurants, including their newest on Baltimore Avenue, Doro Bet.

The name means 'chicken house' in Amharic, one of the languages of Ethiopia.

The main dish, fried chicken made with gluten-free Ethiopian flour, is not a traditional dish the sisters grew up eating, but rather Chef Mebruka's idea to add the twist of Ethiopian spices to classic fried chicken.

The 48-story condo and apartment tower were built on the very last available parcel of land on Rittenhouse Square. 1

909 Rittenhouse is the rental apartment portion; The Laurel is the condominium side of the complex.

Architects designed every unit with an eye toward sight lines and stunning views.

The interiors have spacious bedrooms, spa-style bathrooms, balconies overlooking the city and square and high-end kitchens made for entertaining.

The condos are all corner units to maximize the views and the units come with a whole menu of amenities-from a resort-style outdoor pool complete with cabanas to an indoor pool, gym, dog spa, a private bar, parking, and town car service.

The condos start at $2.8 million and go all the way up to $25M for a completely customizable nearly 9000 square foot penthouse unit.

Without A Cue Productions has been staging interactive murder mysteries for two decades.

Now, the company can call Red Rum Theater its new home. The venue is located inside the Curtis building in Old City.

The first show in the new theater will be the "Golden Girls Murder Mystery."

Each show begins as the audience arrives at a party thrown by the Golden Girls. Then suddenly, a party guest is murdered.

Clues are then delivered to the audience's tables as they interact with the cast to solve the mystery.

The company plans to stage more than 80 performances of the show.

All proceeds from opening night will support PAWS in Philadelphia.

White Dog Cafe opened its doors in 1983 with doggie decor everywhere you look and a promise to serve local, seasonal and sustainable food.

Founder Judy Wicks was a pioneer of the farm-to-table movement. The 8-ounce cheeseburger, on the menu since the beginning, epitomizes her mission.

Everything from the meat and cheese to the lettuce, tomato, pickle and smoked bacon that's mixed into the mayo is locally sourced, along with the bun.

The beet and goat cheese salad is another mainstay and the Kennett Square mushroom soup is a fan favorite, made with a blend of a half dozen local mushrooms.

White Dog is housed in an old home with different dining rooms named after different parts of the house.

Wicks is no longer the owner but when she decided she was ready to pass the torch, she interviewed potential buyers, looking for someone who'd commit to carrying on the legacy of her life's work.

The new owners have built on the White Dog brand, buying and expanding into the property next door and opening White Dogs on the Main Line -in Haverford, Wayne and Glen Mills. There's a 5th location slated to open this year in Chester Springs.

"Singing Freedom" shares the journey of enslaved people escaping the south through two nights of music and vocal performances.

The program is an artistic response to Cornell University's "Freedom on the Move" database and its collection of what were known as runaway advertisements.

"These were classified ads of slave owners looking to capture or locate those that had run away," says Miles Cohen, Artistic Director of the Philadelphia Chamber Music Society.

Part one of "Singing Freedom" features composer Shawn Okpebholo and it's based on information found in more than 30,000 ads in the database.

"These advertisements were, in many cases, the only written documentation of a group of people that we've kind of just generalized. But now all of a sudden, we have real descriptive characteristics like their talents, their skill, set their professions, some of them spoke multiple languages, some of them were great chefs," says Cohen.

Philadelphia native Karen Slack is one of the performers along with Grammy-winner Rhiannon Giddens.

Philadelphia is a fitting host for the program because of the city's significance along the Underground Railroad.

"It was a city that was a destination, a haven for many people fleeing from the south," says Cohen.

Though the program consists of two complementary parts, each of them tells individual stories.

"Those themes of searching for your voice, wanting freedom, wanting to find your own place in the world; they're as ever-present now as they were 200 years ago," says Cohen.

The Chamber Music Society performs "Singing Freedom" Part 1 on January 15th and Part 2 on January 16th at the Perelman Theater.

In 1988, the Arden Theatre Company stated its commitment to telling stories that speak to the audience of the "now".

The company has since become well-known for its children's theater program that started in 1998.

The Arden is currently staging "Charlotte's Web," a story that spans generations. It runs through Jan. 29.

In late January, Lynn Nottage's "Clyde's" will take the stage, telling the story of restaurant workers newly released from prison in hopes of finding redemption in creating the world's best sandwich.

It's the world premiere theatrical staging of Langston Hughes's "The Ways of White Folks".

"It's a story about the lives of African American people in the 1920s and their relationships to their white counterparts during that time," says Co-Director Ontaria Kim Wilson.

The company is performing seven of the 14 short stories in Hughes' collection.

The stories are staged at the Glen Foerd Mansion in Torresdale. The audience is guided through the halls to each of the seven locations.

EgoPo's mission is to revive classic works of theater and literature, and this season is dedicated to the Harlem Renaissance.

"The Ways of White Folks" runs through January 22nd. 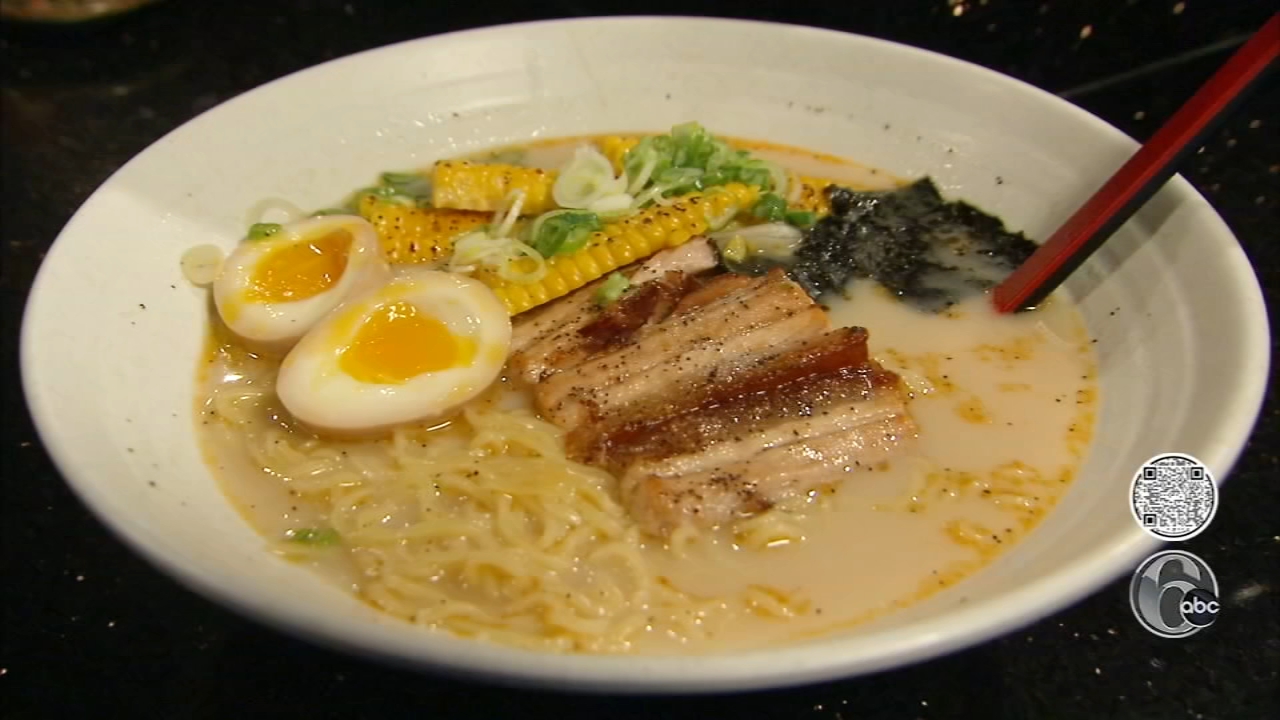 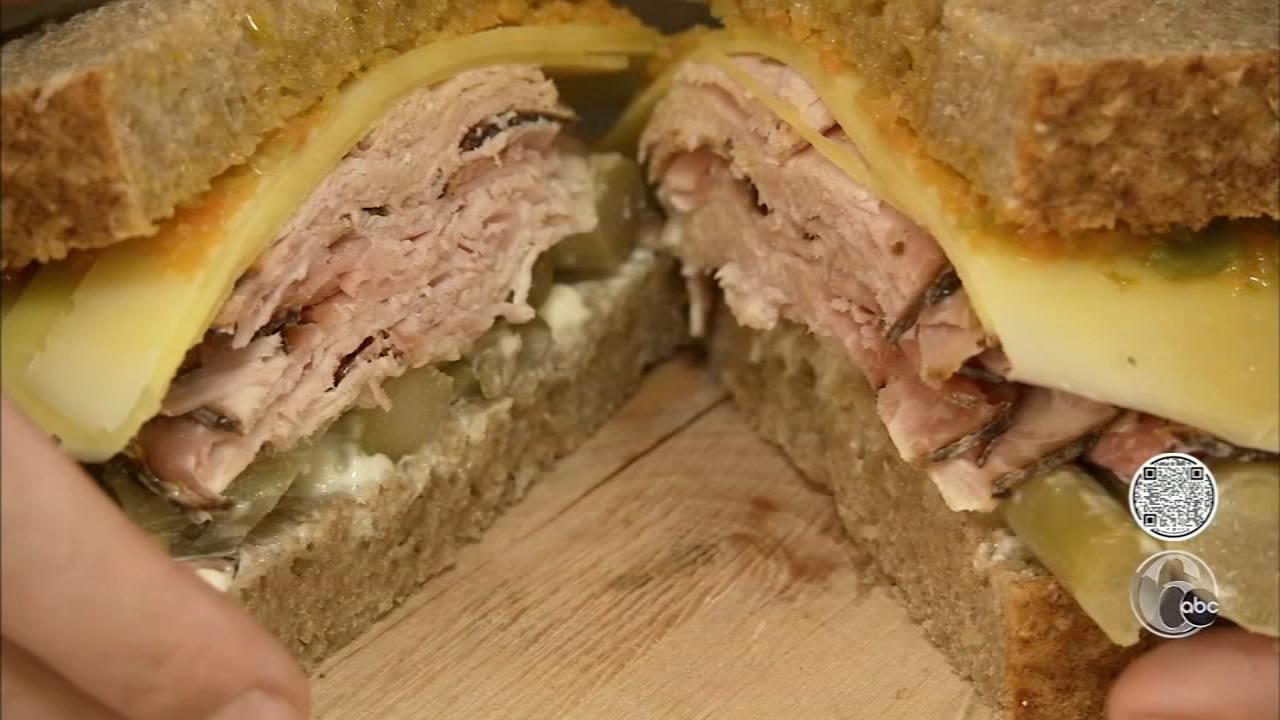 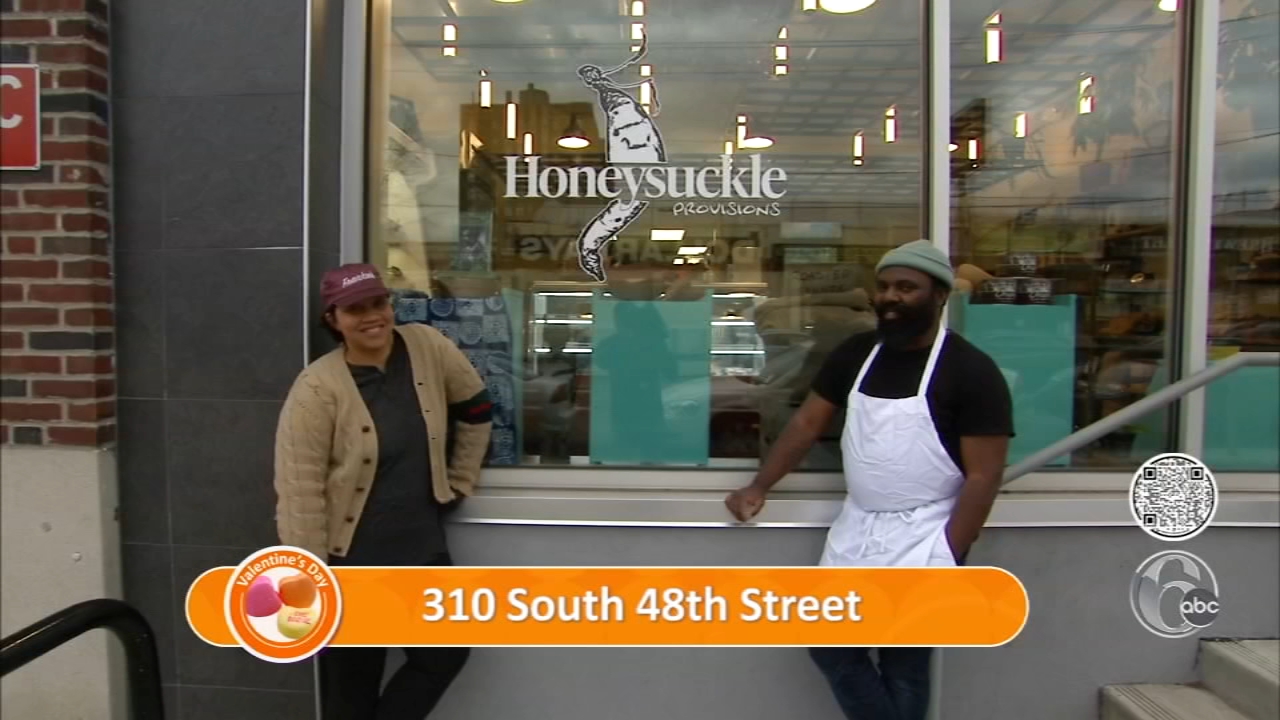 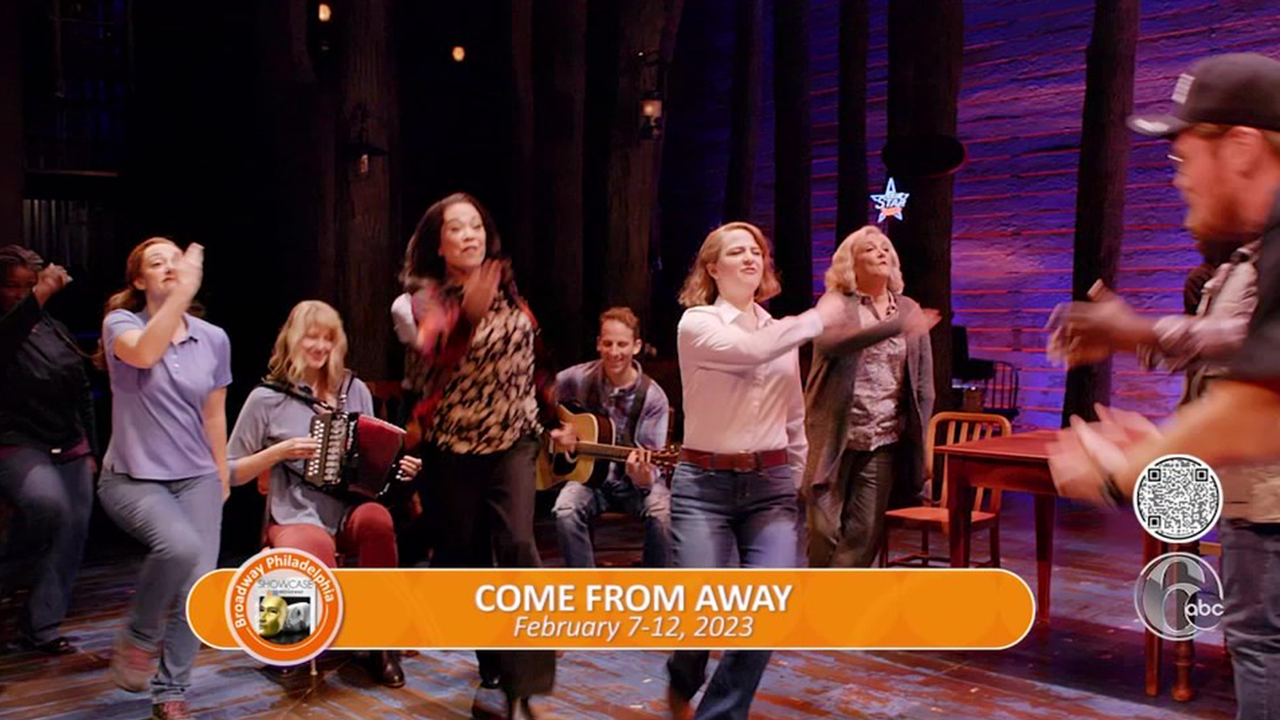