Lansdowne police said at least eight students could be charged in connection with the altercations.
WPVI
By George Solis 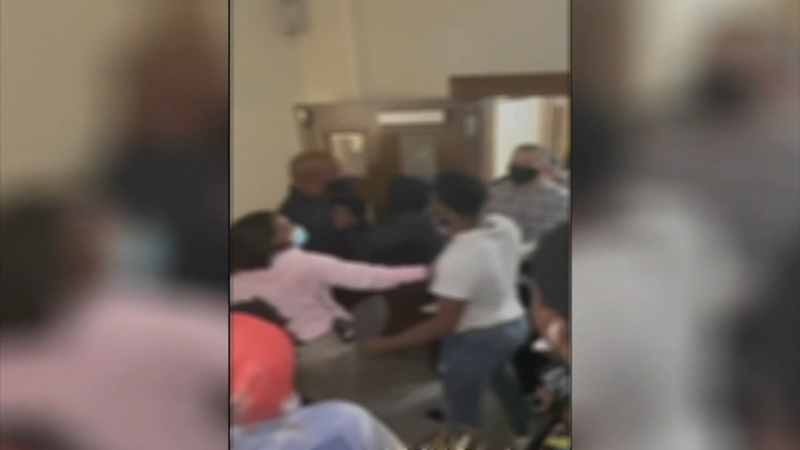 LANSDOWNE, Pennsylvania (WPVI) -- Action News obtained video of what we have learned were several brawls that took place on Tuesday at Penn Wood High School in Delaware County.

Lansdowne police said at least eight students could be charged in connection with the altercations.

William Penn School District officials said the investigation into what sparked each melee is ongoing.

"Once that investigation is concluded we will take the necessary actions," said Superintendent Dr. Eric Becoates.

Police said they are aware of three.

Leaders initially called for students to shelter in place and, after meeting with police, decided to dismiss students early.

"We did ensure that students exited the building safely and we did allow families to come back with their students up to 3:30 to get their belongings that may been in a locker," Becoates said.

School officials said there may have been at least five that led leaders to dismiss students early.

The videos shows some students fighting among themselves and also with school staff.

"Wow, are they fighting the security guards?" noted one parent who witnessed the videos.

Daelicia Reeves, who got the call to pick her children, was in disbelief over the violence.

"It's disturbing. It really is," Reeves said.

School officials said they've yet to decide if classes will resume on Wednesday.