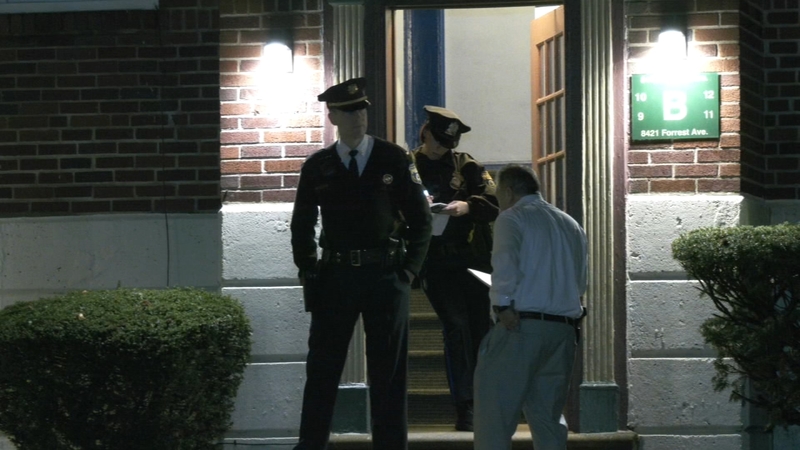 PHILADELPHIA (WPVI) -- A man was killed in front of the entrance to an apartment complex in the Mount Airy section of Philadelphia.

The victim was found lying in a walkway three feet from the main entrance with gunshot wounds to the head, face and body. He was pronounced dead at the scene.

Police say the male victim, appearing to be in his late 20s to early 30s, had no identification on him and is being classified as a John Doe at this time.

A gun was found in his waistband, police say.

A surveillance camera was found that faces the direction of the crime scene, police say.