Philadelphia runners on alert after assault, stabbing along MLK Drive on Christmas Day

Bennett Brookstein said he was running the loop toward Kelly Drive around 8 a.m. on Christmas Day when it happened.
WPVI
By Corey Davis 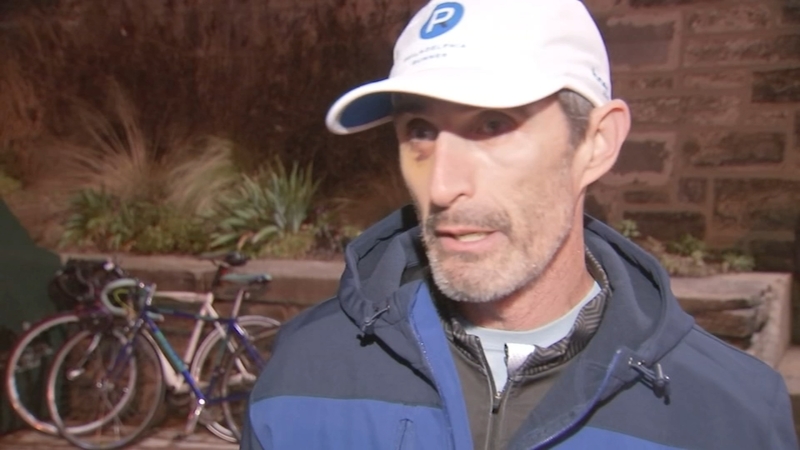 PHILADELPHIA (WPVI) -- The Philadelphia running community gathered Wednesday night to show support and raise awareness after a well-known local runner said he was assaulted and stabbed along MLK Drive on Christmas Day.

Bennett Brookstein, founder and president of the Fairmount Running Club, said the assault happened in broad daylight on MLK Drive at Black Road, which isn't far from Montgomery Drive.

"The guy hits me, I try to hit him back and, for some odd reason, he paused. I was able to get up. I struck him once, I believe, I'm not even sure. But I get up, I'm screaming and I see three other runners coming eastbound toward the Art Museum. I scream and I get them," Brookstein told Action News.

Brookstein said he was running the loop toward Kelly Drive around 8 a.m. on Christmas Day when the attacked happened.

He said he didn't know how bad it was until one of the others runners took notice.

"One of the guys heard a metal rod or something on the ground that dropped and he goes and picks it up and he goes, 'You were stabbed in the back. Your whole back is bloody, your shorts are all bloody.' That's how I found out. I didn't even know I was stabbed either," Brookstein said.

Brookstein also said the man who assaulted him didn't leave the area and was arrested shortly after it happened.

Members of the Philadelphia running community came together Wednesday night to show their support for Brookstein and share safety measures.

They said a big part of safety is to run in groups and to look for improvements that can be made along your route, such as more lighting.

Though Brookstein was attacked in broad daylight with other runners around, they said there are still basic things runners should keep in mind.

"I think all runners should take some sort of self-defense course," said Fairmount Running Club member Catherine Ross. "Everybody should run with their phone and everybody should tell somebody where they're going to be. Never go out on a run without letting your family members know where you are."

The suspect has not been identified.