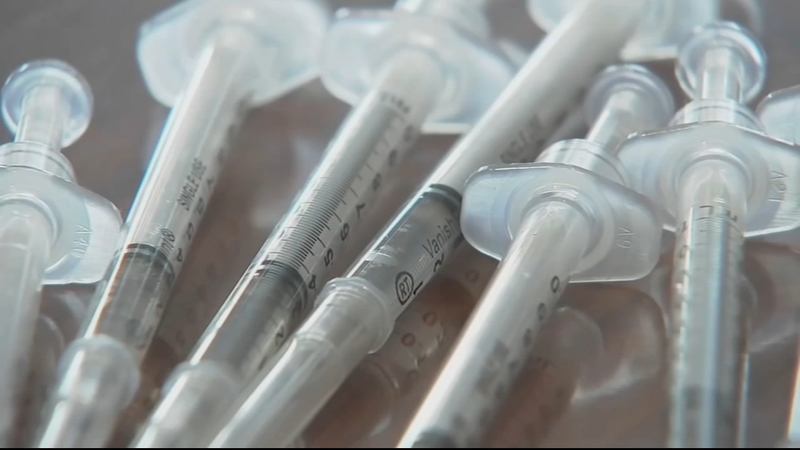 PHILADELPHIA (WPVI) -- City officials in Philadelphia promised Monday to improve the vetting of groups hired to administer COVID-19 vaccinations after it closed a convention center site run by a 22-year-old graduate student.

At least two investigations are under way into how the city health department gave the no-contract work to Andrei Doroshin, a Drexel University student with almost no public health experience.

He said the Philadelphia Health Department is fortunate his company was used to operate the vaccine clinic at the Pennsylvania Convention Center for health care workers.

"They couldn't do it themselves. Dr. Farley screwed this up. He couldn't do this himself," said Doroshin.

City Council plans a hearing Friday. Council President Darrell Clarke wants to require the city to sign written contracts with vaccine partners given what he called the embarrassment and mistrust that ensued. The city's Office of Inspector General is meanwhile examining whether Dr. Caroline Johnson, an acting deputy in the health department, unfairly gave Doroshin's group and another potential applicant budget information that was not made public.

"She did not favor one of these organizations over the other. She did not provide information on how to provide a clinic vaccination plan or other insider information. And she didn't offer any additional doses of vaccine to either organization," said Farley about Johnson.

Johnson, an infectious disease specialist, resigned over the weekend. Mayor Jim Kenney on Monday praised her prior work for the city but said "we're going to trip up occasionally" as the city responds to the pandemic.

City Council plans a hearing Friday on the work awarded to Doroshin's group, Philly Fighting Covid, which distributed nearly 7,000 vaccines this month before the city shut it down amid questions about its competency and patient privacy policy.

"It was clear that this was a hookup. Why was this not in writing?" Council Member Cindy Bass asked at a virtual press conference Monday afternoon.

Doroshin has insisted he did nothing wrong, though he concedes he took home four doses of the hard-to-get vaccine and administered it to friends.

"The recommendation from the health department was put it in any arm. This is a war against a virus. At the end of the day the doses were about to expire," Doroshin said last week. "What would you have done? You have these four extra doses, you called everybody, they're just about to expire, the guidance says put it in an arm."

1-ON-1 INTERVIEW: The CEO of Philly Fighting COVID admitted to administering vaccines without medical qualifications to four of his friends.