We are celebrating national BBQ month on FYI Philly 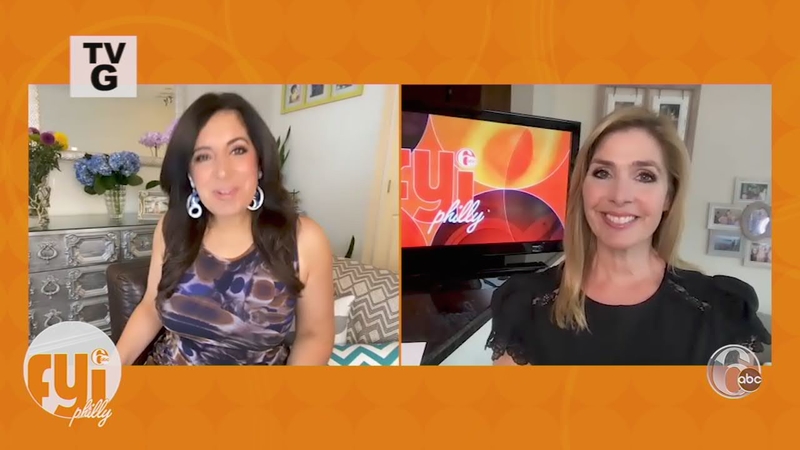 PHILADELPHIA (WPVI) -- BBQ is on the menu with 2 new spots featuring smoking good fare, a legendary sauce gets new life and gut busting burgers along Pottstown's
Main Street. We visit a lab devoted to empanadas and check out a new project focused on wontons.

Pottstown offers a walkable Main Street destination in Montgomery County. With a growing restaurant scene that includes authentic Caribbean food at Welcome to the Avenue, award-winning burgers at Sizzle, craft beers and bbq at J.J.

BBQ, burgers, beer and Caribbean food all part of Pottstown's Main Street draw
Pottstown offers a walkable Main Street destination in Montgomery County. With a growing restaurant scene that includes authentic Caribbean food at Welcome to the Avenue, award-winning burgers at Sizzle, craft beers and bbq at J.J. Ratigan and a host of other options. If your looking for a fun activity you can try your hand at axe throwing at Splitting Edge Axes. And for those looking for a bargain, Once Upon Time Consignment Boutique is a collection of designer brands for a fraction of the cost.

Inside the High Street Terminal

SouthGate Philly: AAPI Dine Around
SouthGate Restaurant's Peter Hwang is celebrating Asian Pacific American heritage month by organizing the first ever AAPI Dine Around, May 15-22. With the pandemic and the steep increase in AAPI violence, Hwang says he and his team wanted to focus on positivity, "and the best way we know to do that is to feed people."

Southgate is offering Bossam as a special. It's a modernized version of the traditional Korean dish of braised pork belly with, salted shrimp, ssamjang, jalapenos, garlic and radish, wrapped in salted Napa cabbage.
Revolution Taco & Kalaya Thai Kitchen are also offering specials, and SouthGate is planning to showcase other AAPI business owners who are tapping into their culture on the restaurant's social media.

High Street Hospitality Group's Ellen Yin may own 5 restaurants but she says she barely ever uses her own kitchen.

High Street Hospitality Group's Ellen Yin may own 5 restaurants but she says she barely ever uses her own kitchen.
But there is one thing she does know how to make-wontons, a comfort food staple she remembers making with her mother and grandmother as a child.
She's now sharing that family recipe with Philadelphia through the Wonton Project, a ghost kitchen concept she first conceived as a way to provide more work for her employees during the pandemic.
Then in March, a shooter went on a rampage in Atlanta, killing 6 women of Asian descent and she felt compelled to do something.

Through May 31, she's donating 100 % of the profits to 2 organizations that advocate for Asian Americans and other underserved communities-Asian Americans United and Advancing Justice.
Wontons are the only thing on the menu. You can get them fried or boiled, soup-style.

Either way, they are stuffed with pork, shrimp and vegetables.
Wontons, Yin says, are something that everybody can relate to and, on that common ground, she hopes to raise money and awareness to stop the hate.

The Wonton Project | Website
Wednesday-Sunday, Takeout & Delivery
Through May 31, 2021 with 100% of proceeds donated to 2 non-profits

With Cuba Libre, two-time James Beard Award winning Chef Guillermo Pernot aims to offer a window into the food culture of Havana. And in Old City, that window now opens to an alley of empanadas.

Cuba Libre's Empanada Alley delivering empanadas to your doorstep
With Cuba Libre, two-time James Beard Award winning Chef Guillermo Pernot aims to offer a window into the food culture of Havana. And in Old City, that window now opens to an alley of empanadas. It's an online-only concept with five empanada flavors to choose from -chicken, beef, pork, tuna, veggie and a dessert-style guava cream cheese, all baked in house to order.

Empanada Alley began literally out a window in the restaurant's alley but the pastries were so popular, it proved to be too much noise for the neighbors so now the restaurant is delivering the empanadas to your doorstep. The menu also includes salad, a Tampa-style Cubano sandwich, which means along with the traditional ham, pork, pickle and Swiss cheese, you also get Genoa salami & provolone.
The chef also put arroz con leche on the menu. It's a classic Cuban rice pudding, a 100 year old family recipe from his mother-in-law's great grandmother.

Center City District Restaurant Week returns in mid-May to reconnect regional residents and workers with their favorite dining locations. Beginning Monday, May 17 through Friday, May 28, more than 60 restaurants are partnering with the CCD to provide a safe and lively dining experience, indoors, outdoors or takeaway.

Prix fixe three-course dinners will be offered for $35 per person, as well as $20 three-course lunches at participating locations. Tax, gratuity and beverages are not included, and CCD hopes that patrons will tip as generously as they are able.
Center City Restaurant Week | Facebook | Instagram

With summer almost here, we found two spots where things are ramping up for the grilling season.

New barbecue spots spice up the cuisine scene with seasoned pros at the grill
With summer almost here, we found two spots where things are ramping up for the grilling season. Husband and wife team Sean & Nikeah Green started BBQ Unlimited as a catering company, and recently opened their first brick and mortar. While searching for a space, they happened upon an Old City location which had been vacated suddenly by the previous tenant at the onset of the pandemic. The couple jumped at the opportunity -- and are still changing over the space -- but continue to offer all the barbecue faves and soul food classics they have specialized in for years. Over in University City, owner Johnny Fischer just moved his Baby Blues BBQ to a new location, but the outpost has been a neighborhood staple there for ten years. In fact, they only moved a few doors down, but the space is much larger and has a variety of dining areas. For now, they are offering outdoor dining and takeout only, but should be open as soon as the new interiors are completed.

Ron's Ribs was a staple on South Street for more than 25 years closing in 2010. After nearly a decade, Ron's son, Brandon Washington, is bringing the business back on a smaller scale.

Ron's Ribs was a staple on South Street for more than 25 years closing in 2010. After nearly a decade, Ron's son, Brandon Washington, is bringing the business back on a smaller scale. Brandon has recreated his dad's BBQ sauce and is selling Ron's Signature Sauce. He is creating the sauce at Tico's Tacos in the same kitchen that once housed Ron's Ribs. Tico's uses the sauce on menu items like enchiladas and wings.

Brandon is bottling the sauce and launching sales with an event at 1901B Washington Avenue on Sunday, May 16th. The event will celebrate National BBQ day and there will be 400 Ribs available from Chef Zachary Taylor along with the first batch of Ron's Signature Sauce.
Brandon is using the proceeds to create a community work space in South Philadelphia. 1901 is a shared space for the neighborhood where members can utilize equipment to create podcasts, head shots and e-commerce portfolios. Brandon hopes it will also build relationships within the neighborhood.

Carter's Melons is run by Elijah, with help from some of his brothers including Joshua, and Aaron and any combination of their children and grandchildren, depending on the day.

Family has the juice to make watermelon business thrive for decades
At the farthest southwestern tip of the city near the international airport, you can find a family of gentlemen running a watermelon stand -- on the same corner for over 35 years. May through October, a van parks every day at 84th & Lindbergh - completely surrounded by watermelons. Carter's Melons is run by Elijah Carter, with help from some of his brothers - including Joshua, and Aaron - and any combination of their children and grandchildren, depending on the day. The Carter brothers grew up in the business, with their father, Dover Carter, starting in the late 1940s with a watermelon stand in the Mantua section of Philadelphia. Their father had been an activist in Georgia, but after being told to stop helping other Black people register to vote, he continued, and as a result was beaten almost to death. Soon after, he fled to Philadelphia with his wife and their ten children. The brothers are now all in their eighties, and bringing up the next generation to continue in the family business. They do not grow the melons, but rather they 'specialize' in them and have varieties for sale not found in grocery stores.

A public art exhibit in Camden, New Jersey is creating scenic views while spreading an important message about the environment.