The area was under a tornado warning starting just before 10 p.m. Thursday.
WPVI
By 6abc Digital Staff and Bob Brooks 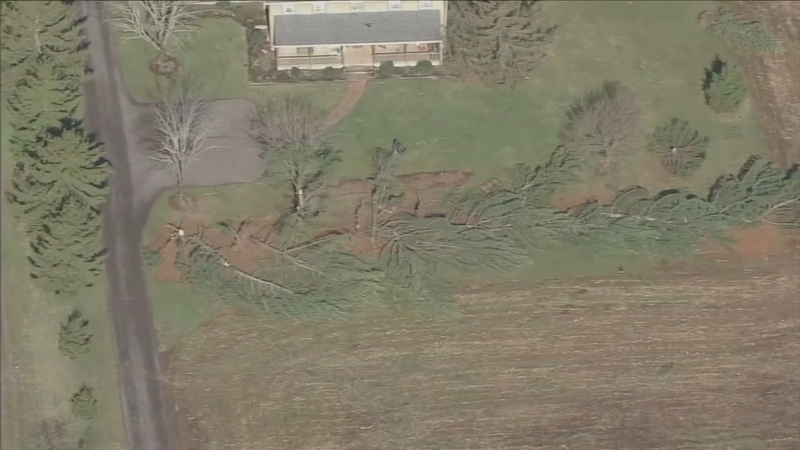 "The storm survey team has determined that a tornado occurred generally in the area of the 113/313 intersection," according to a tweet by the NWS.

The storm survey team has determined that a tornado occurred generally in the area of the 113/313 intersection. Further details including rating and path length will be available later today.

The tornado had maximum sustained winds of 100 mph, officials said.

The area was under a tornado warning starting just before 10 p.m.

A tornado debris signature was detected on radar around 9:55 p.m. to 10:02 p.m. in the area of Dublin and Bedminster toward Tinicum Township during the tornado warning.

Meteorologist Karen Rogers looks at the radar that picked up the possible tornado in Bucks County.

In Bedminster, trees were ripped from their roots, power lines were torn down, and roads blocked. The storm caused siding to rip off of homes at Bucks and Bedminister roads.

Did a tornado touch down in Bucks County? The National Weather Service will determine that.

There were also snapped power lines which resulted in many outages.

PECO reports they are down from thousands of customers late last night to just hundreds Friday morning.