The 2.5-mile road is the primary east-to-west corridor in South Philadelphia.
WPVI
By 6abc Digital Staff and Katie Katro 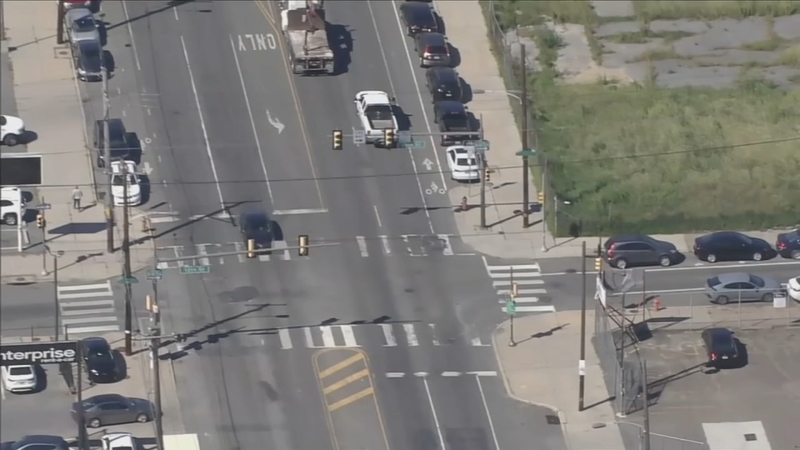 PHILADELPHIA (WPVI) -- South Philadelphia residents got the chance to speak out concerning a dangerous roadway that has seen its share of deadly car crashes and fender benders.

While the city is planning to revamp the busy Washington Avenue, not everyone is happy about the final plans.

On Tuesday night, the city hosted an open house for those interested in seeing the finalized plans before construction begins.

The meeting was held at the YMCA at 17th and Christian streets. The gym was packed with people, and emotions ran high during many parts of the meeting.

The initial plan was to shrink Washington Avenue from five lanes to three from Grays Ferry Avenue to 4th Street, according to the Philadelphia Office of Transportation, Infrastructure, and Sustainability (OTIS).

But the city backpedaled last month after getting community opposition.

Instead, the city decided to give Washington Avenue a layout where some areas are three lanes and others are four.

The talks with the community have been happening since 2020 - delayed and later restarted last year.

The goal, the city says, is to balance safety improvements for bicyclists and pedestrians with parking and traffic concerns.

The 2.5-mile road is the primary east-to-west corridor in South Philadelphia.

"The best way to do that is making the street narrower," added Jesse Bacon of South Philadelphia.

But there are groups and strongly-worded social media comments where people argue that the original three-lane plan was the safest option.

Looking ahead, the city is requesting studies to install automated redlight cameras at key intersections in partnership with the Philadelphia Parking Authority.

They're also planning to look into requests for studies on speed cushions on residential streets near Washington and will install them where appropriate, according to OTIS.

Philadelphia City Council members said safety and fairness to all is their priority.

"I do empathize with how people feel because when you see the neighborhood change, you want to make sure that you have a seat at the table," said Councilmember Kenyatta Johnson.

"We still have some challenges ahead of us to see how things are going," added Councilmember Mark Squilla.