The teenager was taken off life support on Wednesday night.
WPVI
By 6abc Digital Staff 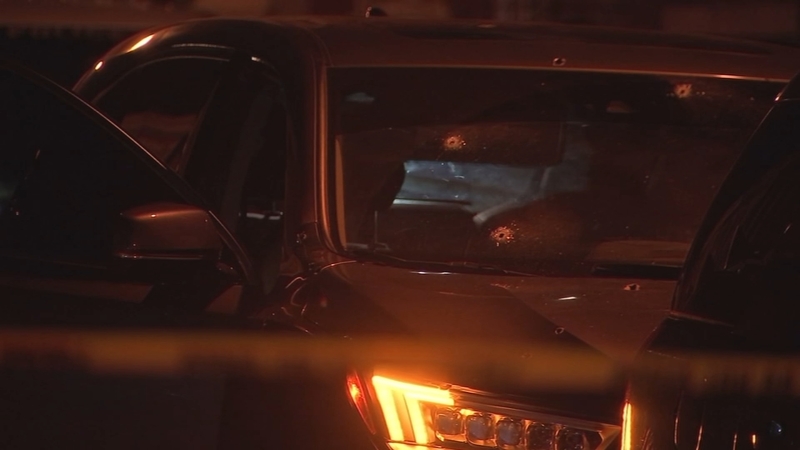 13-year-old dies days after being shot in West Philadelphia

PHILADELPHIA (WPVI) -- A 13-year-old male who was shot several times inside of an SUV parked in West Philadelphia earlier this week has died, police say.

Action News has learned the teen was taken off life support Wednesday night.

He has been identified as Turay Thompson of the 4900 block of Hoopes Street.

The shooting happened around 8:30 p.m. Monday on the same block.

Police say the 13-year-old was sitting in the passenger's seat of an Acura SUV. He appeared to be by himself with the windows up when a gunman fired more than a dozen shots.

Police believe he was targeted.

"So it seems like the shooter comes up westbound on Hoopes (Street) and fires as many as 16 shots, striking the vehicle on the hood, in the windshield and along the side of the car," said Captain John Walker with the Philadelphia Police Department.
EMBED More News Videos

Chopper 6 was overhead after a teenager was shot inside a car in West Philly on April 4, 2022.

Thompson was shot in the head, chest and arm. He was taken to Penn Presbyterian Medical Center.

A memorial now marks the scene of the crime. Among the torn down caution tape are teddy bears, flowers and candles.

"All we heard was gunshots and screams. We were out here trying to comfort," said neighbor Karen Summers.

Neighbors say they can't fathom why anyone would want to kill the kind young boy.

"He was very respectful, spoke to everyone, helped you if you needed help and everything. I would come home with bags from shopping he would help me," said Summers.

"The mom is probably heartbroken because she was a good mother. She worked and loved her kids, went to work, came home and took care of her kids," said neighbor Timothy Nelson.

Gun violence is plaguing the city of Philadelphia and it's youth. Neighbors say it must stop.

"People my age is praying to make it farther because people my age and younger are dying. Nobody wants to bury their kid," said Nelson.

No arrests have been made. Anyone with information is asked to call 215-686-TIPS.