If convicted, Barry Croft could face life in prison.
WPVI 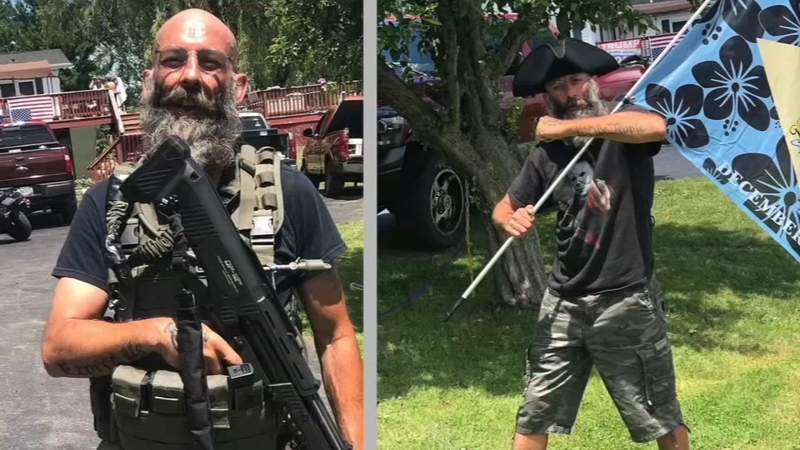 Barry Croft and his accomplices allegedly plotted for months to kidnap Whitmer from her vacation home. Along with the six people charged federally, seven more were charged by state officials in Michigan.

Video allegedly shows Croft training with a semi-automatic assault rifle in Wisconsin. It's part of a handful of evidence used in his detention hearing where the judge ruled that he remain in custody without bond until his October trial.

New images of Croft were also released after a coalition of media outlets petitioned the court for their release.

Other evidence includes a text message thread showing an image of a highway bridge near the governor's vacation home that the group allegedly planned to blow up.

"The detention hearing occurred several months ago before we had an opportunity to investigate the government's claims. We are looking forward to presenting all of the facts to a jury this fall," said Croft's attorney.

Croft faces multiple charges, including kidnapping, conspiracy and conspiracy to use a weapon of mass destruction.

He's one of five awaiting trial in the case. If convicted, Croft could face life in prison.