Police captain: "Hands are tied" when dealing with teens at the Jersey shore

"It's been a little trying for us to be able to handle juveniles," Avalon's police captain said.
WPVI
By Jaclyn Lee 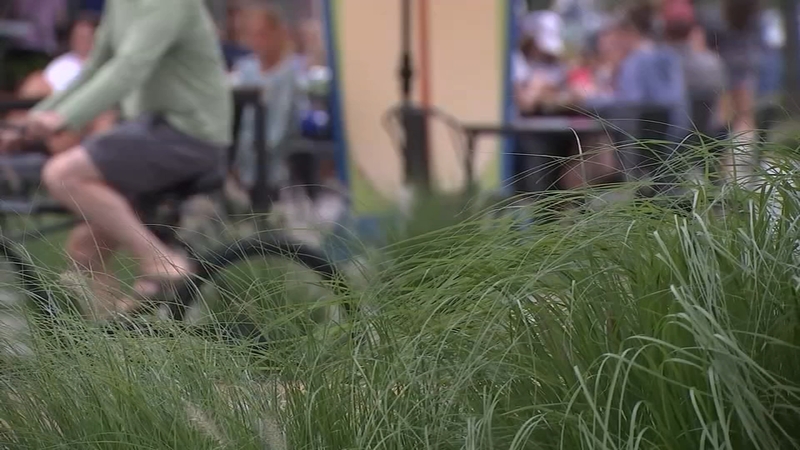 Police captain: “Hands are tied” when dealing with teens at NJ shore

"It's annoying in that the teenagers litter, they leave beer cans and even broken bottles glass," said Avalon resident Steven Lang.

YIKES! A group of friends celebrating a 14th birthday got something more than they expected -- a seagull joining the party high above the Jersey Shore.

Roscoe said police officers feel frustrated that they can only issue warnings after the New Jersey Attorney General issued a directive aimed to keep juveniles out of the criminal justice system. Roscoe explained there's very little they can do to discipline anyone under 21.

"If we see them doing something wrong, we say, 'hey get out of here' and then we don't take names, parents aren't notified," said Roscoe. "It's been a little trying for us to be able to handle juveniles. Our hands are tied."

Officers also can't question or detain people under the age of 21 who are suspected of drinking or under the influence of marijuana. This is a result of voters choosing to decriminalize both back in November 2020.

"It's hard enough for the police to do their job," said Rich, a resident of Avalon. "I mean you got to stand behind them."

North Wildwood had a total of eight assaults involving juveniles since Memorial Day weekend and he said, "The State has basically created a new category of Super Citizen in New Jersey who are basically immune from efforts by the Police to enforce certain laws in New Jersey."

"I got lucky": A teen pilot is recounting the chaotic moments he was forced to land his banner plane on a Jersey shore bridge.

The NJ State Attorney General's office said in a statement: Last year, former Attorney General Grewal issued a landmark directive designed to promote public safety and limit unnecessary criminal prosecution of juveniles when their conduct could be addressed and resolved through other means. Nothing in AG Directive 2020-12 prevents law enforcement from taking appropriate action when necessary.