The driver had 12 bullet holes in the side, passenger window and front windshield of his vehicle.
WPVI
By 6abc Digital Staff and Alyana Gomez 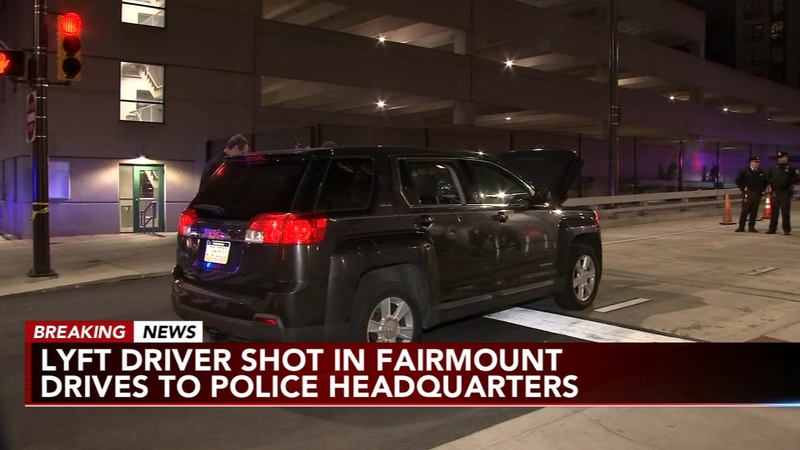 Police said the driver, a 42-year-old man, suffered a graze wound to the back while waiting to pick up a ride at about 3:30 a.m. at 24th and Poplar streets.

According to investigators, he showed up to police headquarters with more than 12 bullet holes in the side, passenger window and front windshield of the vehicle.

The victim was taken to Jefferson University Hospital where he was listed in stable condition.

Police said they are now looking for as many as four suspects traveling in a white Chevrolet Impala.

Investigators said the men pulled up alongside the rideshare driver and unloaded the bullets.

Detectives said a surveillance camera at a convenience store near the shooting scene may have captured images of the gunmen.