Police say the groom was getting some fresh air during his wedding reception when he was robbed on South 3rd Street.
WPVI
By 6abc Digital Staff and Katie Katro 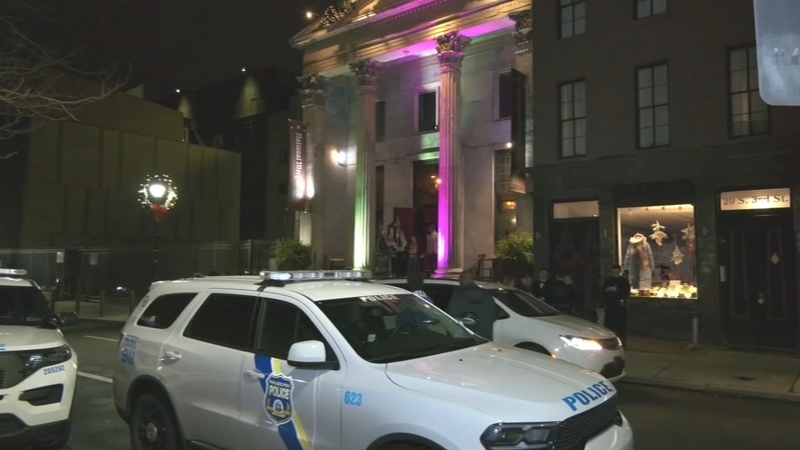 PHILADELPHIA (WPVI) -- Philadelphia police are searching for multiple suspects who robbed a groom in the city's Old City neighborhood.

It happened around 11:30 p.m. Saturday as the groom was walking toward National Mechanics Restaurant on South 3rd Street.

Police say the victim was getting some fresh air during his wedding reception when he was robbed of his Rolex watch by two armed men.

The suspects were able to get away after the theft.

The men were described as wearing all black and reportedly fled in a dark-colored vehicle.

The groom was not injured in the incident.

Police are also investigating as many as eight armed robberies that have taken place in Center City in recent weeks, but investigators have not said if the Old City incident is connected.

On Friday evening, police say three armed men, believed to be in their late 20s, stole money and jewelry from pedestrians near 22nd and Sansom streets.

Another similar incident was recently reported on Mozart Place just off Rittenhouse Square.

Action News also obtained video of a theft that happened on Tuesday along the 1800 block of Cuthbert Street. In that incident, police say two victims were robbed of their Rolex watches worth $37,000.

No arrests have been made in connection with these violent thefts. Anyone with any information is asked to call police at 215-686-TIPS.