The security personnel will serve as eyes and ears for transit police.
WPVI
By 6abc Digital Staff and Maggie Kent 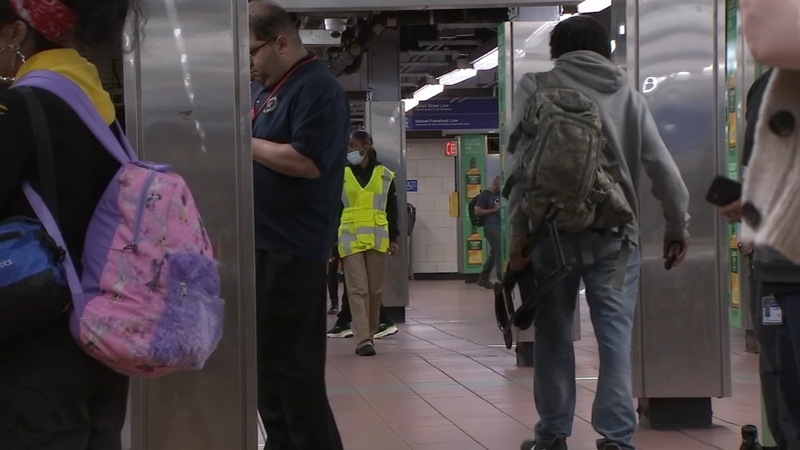 SEPTA to bring in dozens of additional security personnel

PHILADELPHIA (WPVI) -- SEPTA officials will announce new safety and security measures Thursday morning that will include bringing in employees from security firms who will receive specialized training to work on the transit system.

The security personnel will serve as eyes and ears for transit police and will let passengers know the rules of riding, according to SEPTA officials.

The announcement includes the approval of contracts with three security firms to add up to 88 employees for the SEPTA Outreach Services program.

The team will receive additional training for their new roles.

The SEPTA guides will be working along the Broad Street and Market-Frankford subway lines. With 40 people working day shift and another 40 working nights.

The program will cost SEPTA $6.1 million this year. The transit agency entered a three year contract with the security companies.

SEPTA officials said the security firms will not replace police officers or serve in a law enforcement role.

But adds they will provide another layer of security and can notify police about situations that may arise.

It comes at a time SEPTA has seen a spike in incidents and a slight rebound in fares at about 53% of pre-pandemic levels.

Many passengers and members of the community are concerned about recent acts of violence, which include stabbings, passengers pushed on tracks, armed robberies and rapes.

Leaders of the Fraternal Order of Transit Police said SEPTA is in need of more police officers and that they believe upping the numbers will help with efforts to reduce crime.

"The best way to address crime is to increase the police presence. That's where we are. We're so down in our numbers, that's why it seems the crimes are going up," Troy Parham, the vice president of the union, told Action News last week.