Officials: 2 suspects arrested in connection to shooting that injured firefighter in Trenton, NJ

During the incident, an on-duty firefighter of the Trenton Fire Department was struck by a stray bullet.
WPVI
By 6abc Digital Staff 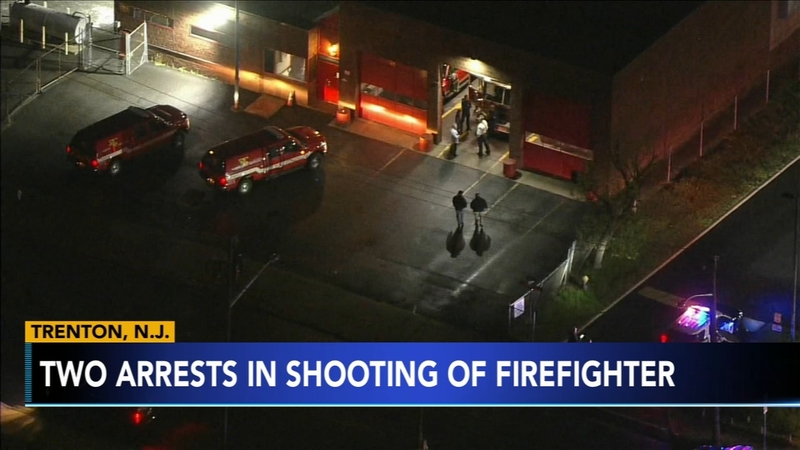 Officials: 2 arrested in connection to NJ shooting near fire station

TRENTON, New Jersey (WPVI) -- Officials in Trenton, New Jersey, have announced the arrests of two suspects wanted in connection to a firehouse shooting in April.

Authorities allege through an extensive investigation, Kena L. West and Zaequan Cofield of Trenton were both involved in the shooting incident that occurred on Tuesday, April 26, at just after 8:30 p.m. on the 200 block of North Willow Street.

During the incident, an on-duty firefighter of the Trenton Fire Department was struck by a stray bullet.

West was charged with criminal attempted murder, multiple counts of aggravated assault and other related charges.

The second suspect, Cofield, was charged with unlawful possession of a weapon, endangering the welfare of a child, possession of a high capacity magazine, and other related charges.