This week we check out some new spots on the dining scene for BBQ and Caribbean flavors.

There are two new spots in Philadelphia offering vegan and BBQ fare.

Forin Cafe was opened in Kensington by three friends who quit their jobs during the pandemic to take a chance on their dreams.

And the concept is providing a platform to showcase small independent makers. Dubbed a lifestyle cafe, you can get coffee, pastries and bagels, all locally made. You can also shop for locally made soaps, candles and clothing and buy books from a local publisher.

"Philadelphia has a ton of awesome, creative people," says co-owner Kyle Horne, "You have to support the community you're in."

The cafe is located in the former Harbison's Dairy with its iconic milk bottle on the top.

Huff and Puff BBQ opened in Center City with the bold claim of making the best barbecue in Philadelphia. You can get slow-smoked brisket, St, Louis Ribs and Lexington smoked pork.

But what really sets this place apart is the vegan barbecue that makes up half the menu. There's corn ribs, pulled jackfruit barbecue, cauliflower burnt ends and seitan brisket.

The star of the vegan barbecue is the watermelon that's brined in salt for four days then seasoned and smoked. By the end of the 10-day process, it looks like a ham when whole and a piece of rare steak when sliced.

Huff and Puff is the creation of Salem County restauranteur Luke Patrick and his partners Josh Hitchner and Adele Monaghan. Monaghan, Patrick says, is a lifelong vegetarian and coming from the farmlands of South Jersey, they know how to elevate fruits and vegetables.

"Meat-eaters see vegan barbecue and say like no way; they try it and are like holy cow," Hitchner says.

On one of the less-traveled routes to the Jersey Shore, there's a new pitmaster at an old outpost.

Richard Gray is working to continue a longstanding barbecue tradition in the small South Jersey town of Mizpah, between Philly and Atlantic City.

Rick's Backyard BBQ & Grill is owned by Gray, a full-time bus driver for New Jersey Transit who decided to add the barbecue business to his already busy schedule.

He bought the outpost from former owner Dewey Johnson, who ran his business there for twenty-five years. Richard grew up in the area and learned to grill watching his father cook at family barbecues in their backyard, hence the name.

Now he does almost all the cooking and is known for his ribs. He expanded the space with a big screen TV and music and plans to continue the barbecue tradition as long as possible.

The Borscht Belt is a love letter to the Jewish delicatessen

The Borscht Belt is a New York style restaurant on the Delaware River in Stockton, New Jersey.

Celebrity chef Nick Liberato describes it as 'delicious nostalgia' and it's his love letter to the Jewish deli.

On the menu, Liberato is serving up some of the classics such as the hot corned beef and pastrami Rueben, but he also named some of his signature sandwiches after the greats like the Jerry Lewis (triple decker roast turkey, coleslaw, Swiss cheese) and the Joan Rivers (pastrami with a schmear of chopped liver, tomato and Russian dressing) sandwich.

The Borscht Belt also has an array of fish sandwiches, including their pastrami cured salmon, a full bakery with black and white cookies and babka and egg creams, which is similar to a chocolate soda and made with no eggs.

Chef Liberato is from Bucks County and learned about the trade from working alongside his grandparents at their produce stand at South Philly's Italian Market.

He has appeared on shows such as Top Chef Masters and Bar Rescue. He spent years in California catering to the stars and had his own catering business called Calidelphia.

His goal was to make his way back to the East coast with his wife to raise his three daughters. Nick says that Stockton was the perfect location for the Borscht Belt Delicatessen because 'it's a little oasis.'

Welcome to the Avenue brings authentic Caribbean flavors to Pottstown

A vibrant Caribbean restaurant with homemade cuisine, from the sauces to desserts, is the American dream come true for Kwane Haywod and Akiai Worthington, the husband-and-wife team behind Welcome to the Avenue.

The dishes are inspired by Haywod 's mother and grandmother, as his family is from St. Vincent and the Grenadines. He also traveled the islands in his youth as a professional soccer player.

Haywod puts a twist on whatever he's cooking and nearly everything is made from scratch. There are different homemade soups every day and Caribbean drinks, too, such as Mango Passion and Hibiscus Punch.

The banana chocolate bread pudding is just one of their desserts made with homemade caramel.

Haywod is also bottling up his homemade sauces to sell and hopes to have them on shelves at Wegman's by December.

Also available for events and catering

Philadelphia welcomed a pair of sweet additions to its ice cream scene.

"Marlei's Sweet Tooth" on Girard Avenue opened in July. Owner Jeriah Askew dedicated the store to her one-year-old daughter, Marlei, and tells us "The base of our restaurant is creativity."

It's pretty much whatever you can think of.

Milk Jawn is the creation of best friends Amy Wilson and Ryan Miller. The duo churns out about 16 flavors in their Kensington kitchen: Milk and Cookies, Earl Grey with Honey Comb, Malted Milk Toffee Crunch, and Tahini Fudge Swirl, just to name a few.

The most popular? The Lemon Curd Blueberry Basil Swirl with homemade lemon curd.

You can find Milk Jawn at farmer's markets and pops-ups. You can also pick-up or get delivery from Stone's Beer & Beverage Market at 17th and Fairmount.

Breweries are typically looking to make waves with the next big thing, but in Wilmington, they're looking to the past with an exciting new cider collaboration.

It's called The Fruits of Eleutherian Mills, and it officially debuted Wednesday at Wilmington Brew Works.

It's made with two treasured types of cherries that are steeped in history. The cherries grow in the E.I. du Pont orchard at Hagley Museum and Library.

There were only so many, so the folks at Wilmington Brew Works say the trick was getting it right on the first try.

Hagley Museum and Library has been working to re-establish that, and they're thrilled to be utilizing the fruits of Eleutherian Mills in this new and exciting way.

You can take a kayak or a canoe with a guide or take a self-guided trip through Wharton State Forest, Jersey's largest state park.

The boats travel along the Mullica and Batsto Rivers with varying degrees of difficulty. You can take beginner classes or intermediate trips. And for more experienced paddlers, they offer an 11-mile overnight adventure.

Along the way you can enjoy Mother Nature at her finest with wildlife poking out from its habitat and ever-changing plant life blooming along the riverbanks.

There are hiking trails throughout the park for a land adventure and the historic Batsto Village is a short drive from the adventure's launch point.

The rail bikes at Revolution Rail, are a new, fun way to see Cape May, New Jersey.

These bikes are specifically designed to be pedaled along the unused orphan railroad tracks.

This 4-mile tour and unique mode of travel allows vistors to see Cape May like they have never see before.

Aboard a tandem or quad railbike, bikers pedal along the meadow and marshlands, through Garrett Family Preserve to the canal.

Tours are 90 minutes long and enjoyed at a leisurely pace.

There's a summer line-up of live outdoor concerts happening at Awbury Arboretum, a historic gem in Germantown, where you can take in music and nature.

Awbury Arboretum is a 56-acre oasis of green in northwest Philadelphia. The property is free and open to the public daily, with the slogan of nature for all.

Bringing live music to the farm at Awbury during the pandemic...

"It was really nice to get back to seeing the audience and feeling that energy and vibe from them," elaborates Barry.

Where to see free outdoor movies in Philadelphia

Summer in the city means free outdoor movies. You can catch pictures in the park at Dilworth Park Thursday evenings through August 26th.

And more than a dozen parks, playgrounds and rec centers throughout the city are hosting free outdoor movie nights into October.

The movies start at dusk, and it's BYO blanket or lawn chair.

Pictures in the Park

Marilu Henner is putting on her brand new show at the Bucks County Playhouse.

Called The Marilu Henner Show, it's filled with memories of her more than 50 shows on Broadway and on TV with singing, dancing and videos.

For fans of the TV show, Taxi, she promises a big tribute.

Henner first performed at the Bucks County Playhouse in 2013 and now sits on the theater's board.

"I fell so in love with the place because it's just a magical place," Henner says, "So you gotta come and see me!" 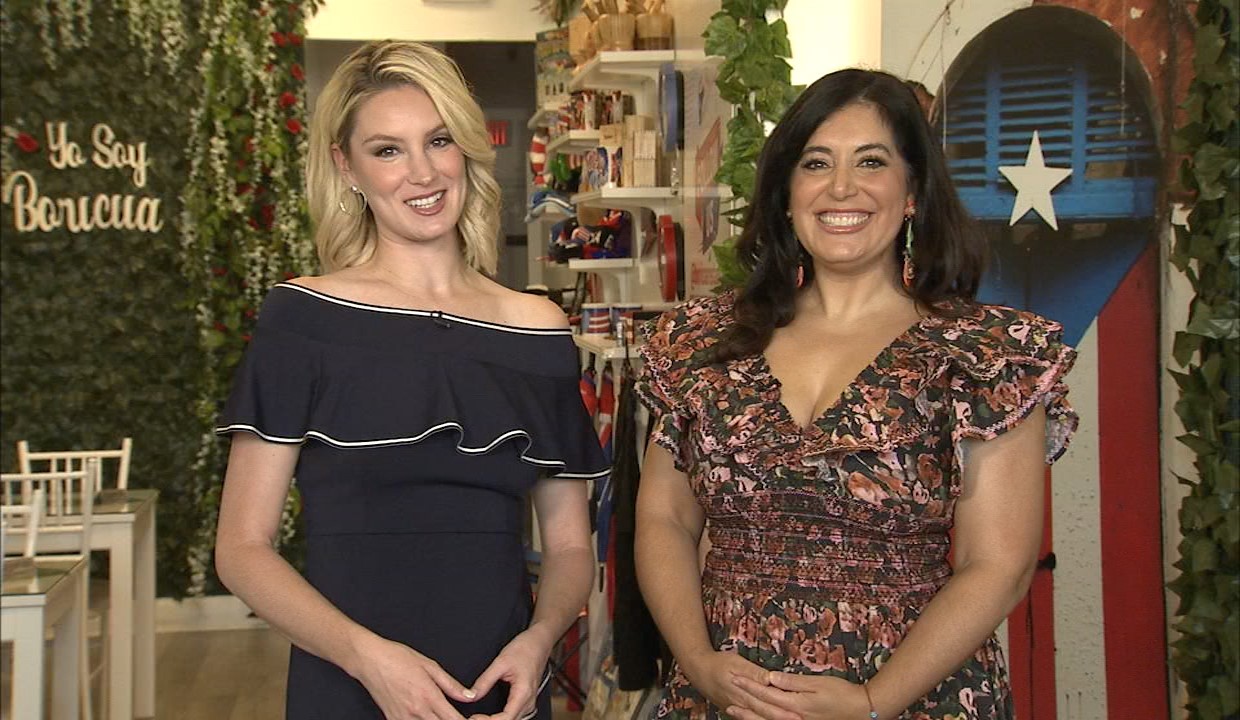 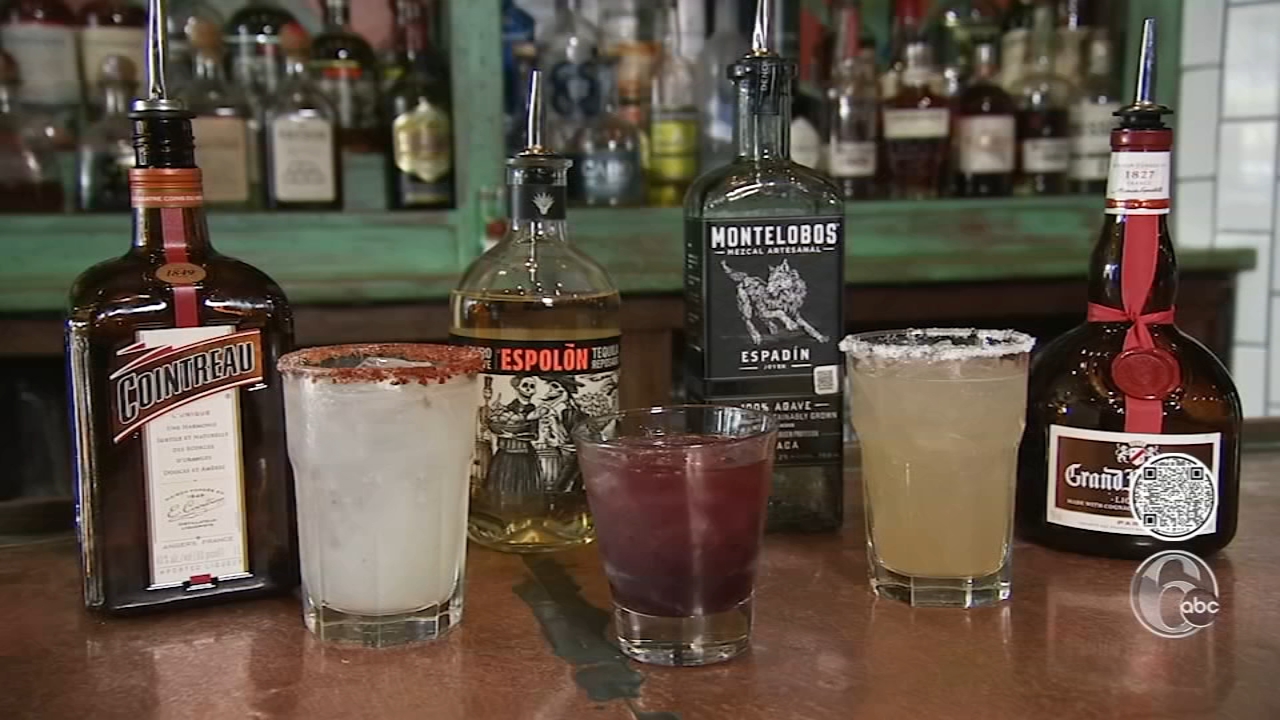 Where to find the best margaritas in Philly 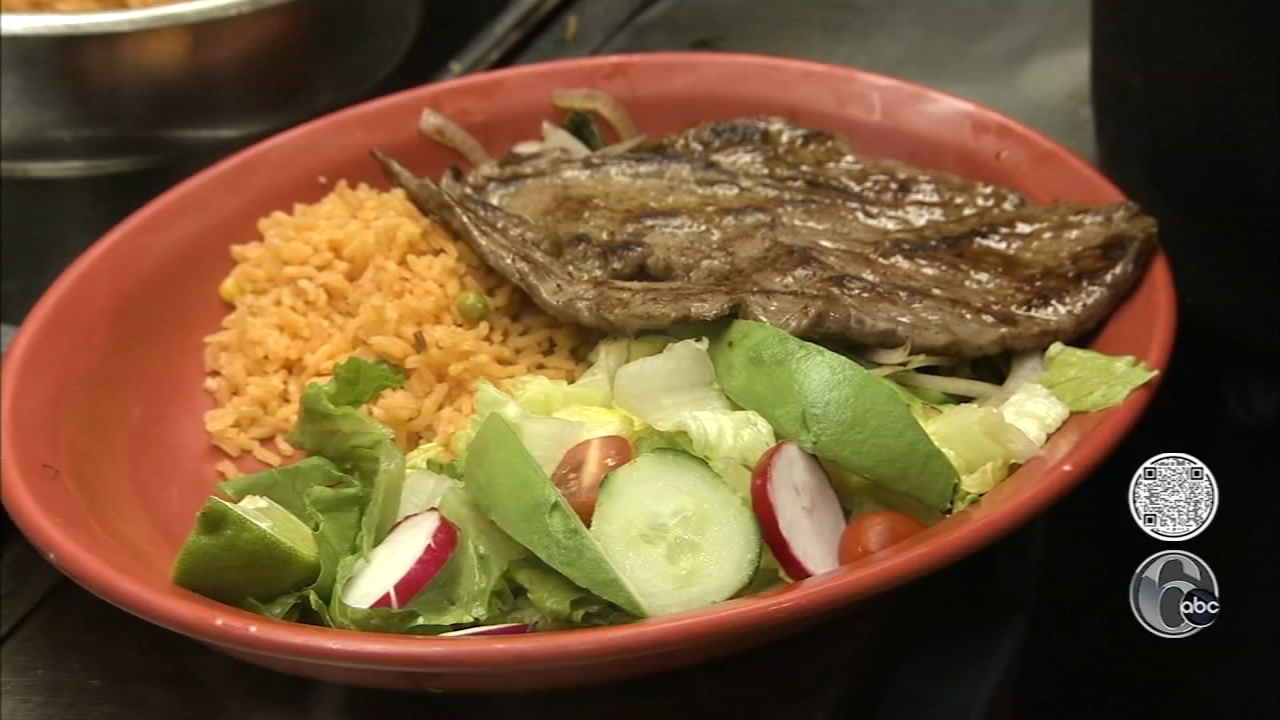 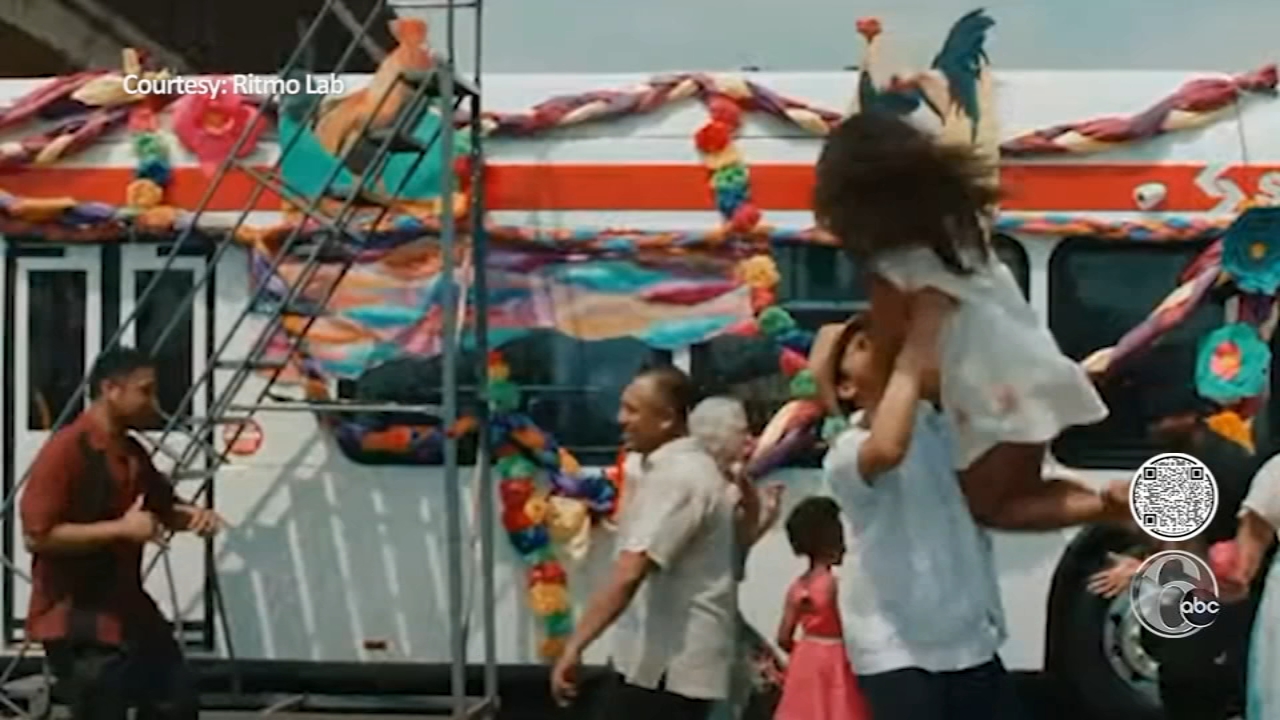