Suggested donations include scarves for both men and women, long shirts, pants, tunics, and conservative dresses.
WPVI
By TaRhonda Thomas 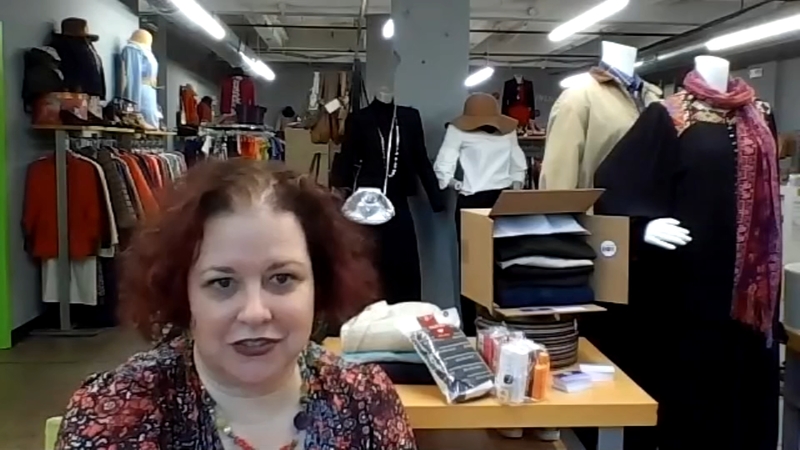 Philly nonprofit assists Afghan refugees | How you can help

PHILADELPHIA (WPVI) -- As one refugee who evacuated from Afghanistan years ago shared her story with Action News, she recalled one requirement for luggage: refugees could only bring one bag that weighed no more than 15 pounds. That doesn't leave much room for clothing.

Many Afghan refugees have been arriving in the Philadelphia area with only the clothes on their backs, but one local organization hopes you can help them.

"The last thing a relief agency on the ground dealing with things like getting people food and housing and medical care needs was having lots of (clothing) donations dropped in their lap," said Sheri Cole, Executive Director of The Wardrobe.

RELATED: More than 2,300 Afghan evacuees have arrived in Philadelphia | How you can help

"We want modest clothing," said Cole. "We want to cover as much from your shoulders to your feet. Both men and women wear loose-fitting pants under their garments. So a woman might be wearing a tunic that comes to her knees but still have loose pants underneath."

Other suggested donations include scarves for both men and women, long shirts, pants, tunics, and conservative dresses. Cole adds that some of the refugees are open to wearing western clothing as long as it's conservative.

The group is also requesting donations of toiletries and new undergarments and socks.

"(The box) will have three or four pairs of pants, shirts and sweaters," she said while displaying one box. "This one has a scarf that can be used as a headscarf. You can see we mixed and matched the colors because we want people to not only have the clothing they need every day but to feel good."