18-year-old wounded after being chased by 4 suspects in Frankford, 60 shots fired: Police

Investigators said the scene stretched to the 4700 block of Salem Street.
WPVI
By 6abc Digital Staff 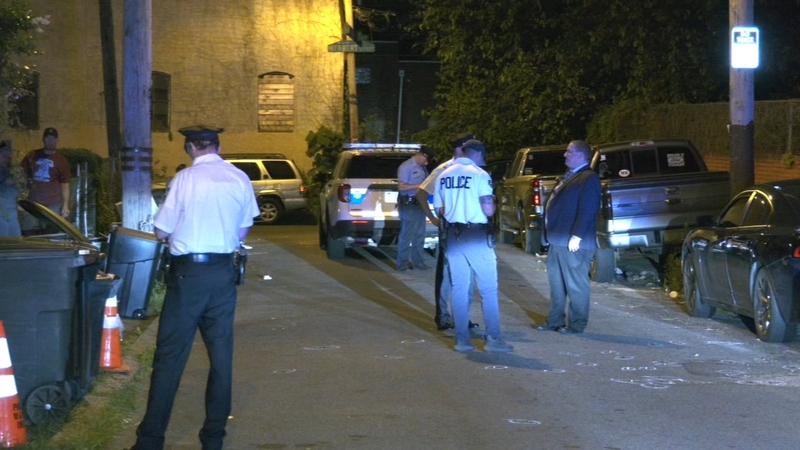 PHILADELPHIA (WPVI) -- Police are looking for four suspects who fired at least 60 shots while chasing down an 18-year-old man in the Frankford section of Philadelphia.

Police were called around 10:50 p.m. Wednesday to the 4700 block of Frankford Avenue.

Investigators said the scene stretched to the 4700 block of Salem Street.

The victim was shot at least once in the leg. He was taken to Temple University Hospital in stable condition.

The four gunmen fled the scene.

Police are looking at surveillance video in hopes of identifying the suspects.