Checking out some trailblazing Philly restaurants, new coffee shops and smoothies that come with a movie 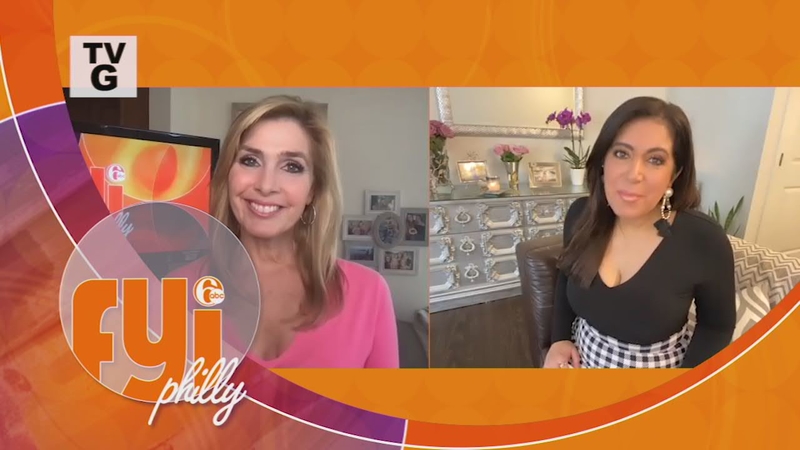 We meet three trailblazing restaurants that can lay claim to being Philly's first spots for Laotian, Venezuelan and Italian cuisine.

3 trailblazing Philly restaurants
Philadelphia is a city of firsts, and that pioneering spirit also extends to the food scene.

Vientiane Cafe opened the city's first Laotian restaurant in 2002 in West Philadelphia. The family-run spot has been doing takeout and delivery only during the pandemic, serving Laotian specialties like Naam, laab, homemade Laotian sausage and sticky rice.

Sazon Restaurant lays claim to being the first traditional Venezuelan Restaurant in the state of Pennsylvania.

Chef/Owner Judith Suzarra-Campbell was raised in a family of cooks and brought those recipes here when she moved to Philadelphia.

During the pandemic, she and her husband, Robert, have been relying on regulars for takeout and delivery. Judy has been selling her famous arepas frozen so you can heat and eat any time, while Robert is the restaurant's in-house chocolate master.

When it comes to firsts, nobody beats Ralph's in South Philadelphia. Opened in 1900, it is the oldest Italian restaurant in America and still using the recipes brought over from Italy. You'll find favorites like three-layer lasagna, meatballs and antipasto on the menu. The restaurant is also selling quarts of its gravy and yes, of course, they call it gravy.

These local healthy food spots are reinventing your next meal, with your health and taste-buds in mind.

Healthy eats are on the menu at Nourish Philly, All the Way Live
These local healthy food spots are reinventing your next meal, with your health and tastebuds in mind.

Nourish is a plant-based café and juice bar in the Italian Market with everything from chef-inspired dishes to vegan comfort soul-food.

Owner and founder Sarah Scandone lived and studied in the Caribbean and is blending up superfood smoothies with sea moss and dishing out Jamaican-style flavored plates like Vegan Oxtail, with sea moss gravy and the top-selling Philly Jawn, a Philly cheesesteak. with onions, peppers and jerk veggie steak.
Nourish Philly | Instagram
1924 East Passyunk Ave, Philadelphia, PA 19148

All the Way Live is a raw vegan café in Chestnut Hill and Germantown.
Co-Owner Beverly Nedley and her daughter Nyeisha create inventive raw dishes, like the raw chickpea burger.

The jackfruit burger is a popular cooked item, along with the fresh hot soups. Sea moss smoothies, with three different kinds of sea-moss, are also big hits.

Zazou Teas | Instagram
Direct sales only at this time

Cake & Joe and Cafe Couleur have some Asian inspired cakes and coffees to really get your day going.

Cake & Joe specializes in intricately designed cakes that have been called 'too pretty to eat'.
Co-owners Sarah Qi and Trista Tang have been best friends since attending high school together in China.

Both have been in Philadelphia since attending college here, and say they are glad to offer a relaxing outpost for customers during these stressful times. 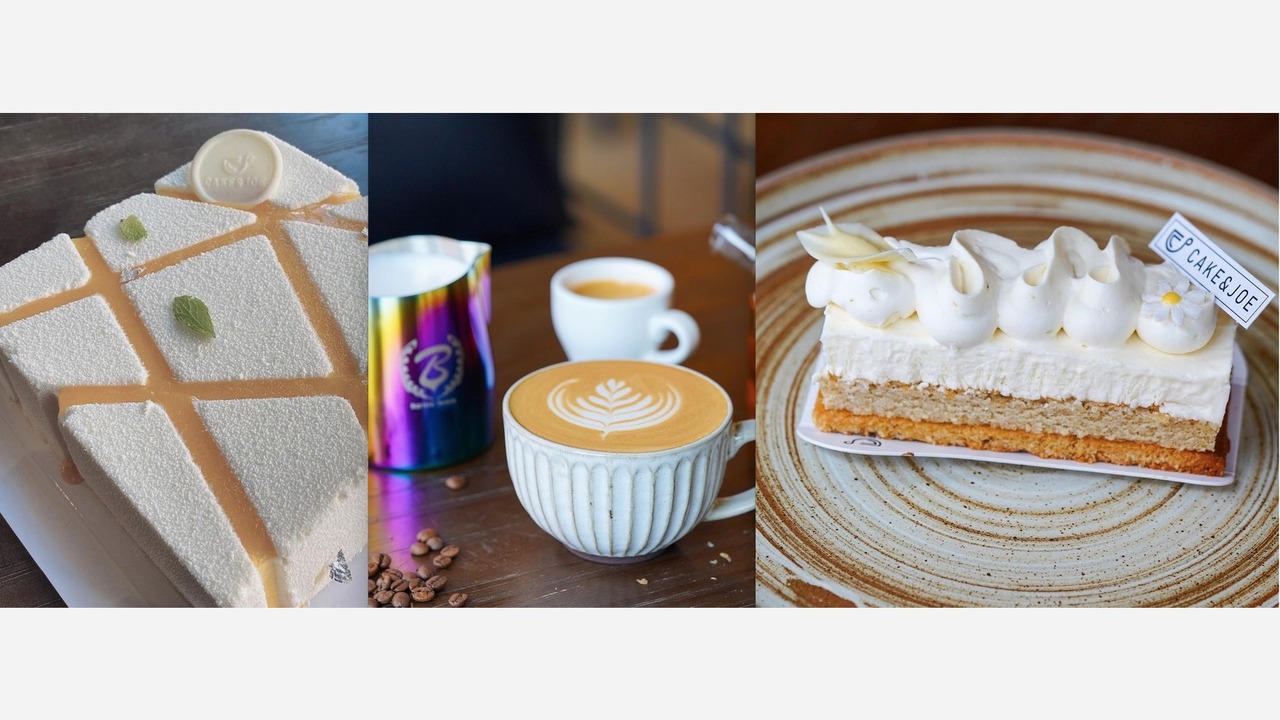 Whether you're in the mood for cider, beer or just some great bar food, these 3 suburban spots will keep you happy and comfy outdoors.

3 new spots for beer, cider and eats outside the city
We rounded up a few new spots in the city and the suburbs offering outdoor beer garden atmosphere and takeout options.

Levante Stables opened in Chester Springs, PA, just before the pandemic. It's a second location for Levante Brewing Company about 20 minutes from the West Chester Brewery. The beer garden has different spaces throughout the property offering fire pits, a family-friendly picnic area and a restored barn that dates back to the 1830s.
cc is a new brewery in the heart of West Chester. They opened in November and currently feature an expanding menu that includes 10 beers on tap and comfort food selections like pizza, wings and nachos. They are open for takeout and limited indoor seating.

Young American Hard Cider opened in the Germantown neighborhood in November. They serve cider, kombucha and hand pies all made by the three owners; Kate Kaman, Jesse Bilger and Stephanie Cole. The outdoor patio has fire pits and a beautiful mural painted by a local artist.

The menu is handcrafted thanks to 30 years of experience to go with a rotating tap of 20 beers. And as a bonus, they'll even hold your keys in case you get locked out!

New Wave Cafe is a key spot in Queen Village

New Wave Cafe has been a Queen Village staple for more than 35 years.
The restaurant is owned by three Philly natives; brothers Sam and Aly Lynagh and Nate Ross. The lifelong friends named the space after the neighborhood baseball team they played on as young adults.

They pride themselves on keeping the restaurant open every day no matter the circumstance; that includes the pandemic.

They have stayed open utilizing heated sidewalk seating and a cabin along Catherine Street to help keep customers warm for outdoor dining.
They offer an American menu with dishes they have perfected over three decades and 20 beers on a rotating tap.
Because they are always open, they have become the key masters for the neighborhood with locals leaving their spare house key in case they get locked out. 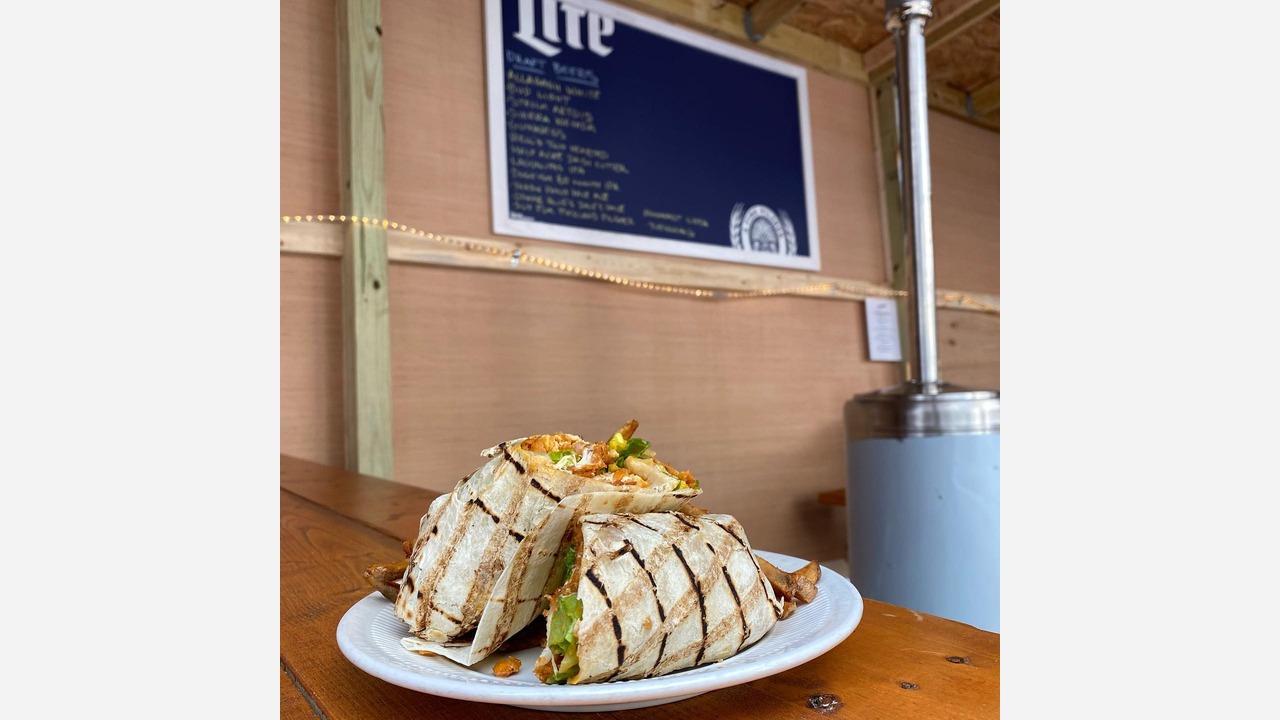 LOCALISH | Groovy Smoovies
Film producer and writer Antonne Jones wanted to open up a place where he could combine his love of movies and smoothies, which led to Groovy Smoovies, a classic movie-themed smoothie shop located in the historic district of Haddonfield, New Jersey.

FYI Loves the Arts
InterAct Theater has a new virtual production exploring the debate between science and religion.

It tells the story of Diana, a renowned evolutionary biologist and outspoken atheist who conducts public debates with creationists.

She's scheduled to debate a theologian named Martin but cancels after being diagnosed with cancer.

After she dies, Martin publishes an essay, saying that he and Diana had held their debate in private and he believes that she came to accept God in her final days.

The play challenges us to think about who gets to decide our legacy when we're gone.

You download the app and follow the clues to find the treasures, and discover some hidden gems in your own backyard. Complete the mission and you win a $35 dollar annual membership to the Fairmount Park Conservancy

And for a trip way back in time, head to the Academy of Natural Sciences where you can see both dinosaurs and the creatures that preceded them.

The new exhibit, called Permian Monsters: Life Before the Dinosaurs, gives a window into what life looked like 290 million years ago.

You'll see an array of animals, artworks and models that you've never seen before, life that existed way before dinosaurs and "way, way, way before humans," promises Jennifer Sontchi, the Senior Director of Exhibits & Publics Spaces at the Academy of Natural Sciences

Karen Rogers takes you inside the Jan. 23 show with stops at Sazon, Zazou teas and Cake and Joe.

FYI For You/ Show Extras
If you want to toast the new administration with a cup of Joe, Bucks County Artist Perry Milou has created commemorative coffee mugs for both Joe Biden and Kamala Harris.
Perry Milou Studios | Website
Tickets are now on sale for the 2021 Philadelphia Flower Show. This year's event will be held June 5-13 and, for the first time ever, it will be held outside at FDR Park because of COVID-19. The theme is HABITAT: Nature's Masterpiece.

Echelon Health & Fitness in Voorhees is offering a free year-long bronze membership to residents of South Jersey. The deadline to sign up is Jan. 31. It includes 3 days a week access to the gym and its indoor track plus two personal training sessions.