Police say a total of 28 shots were fired at the scene from two separate guns.
WPVI
By 6abc Digital Staff 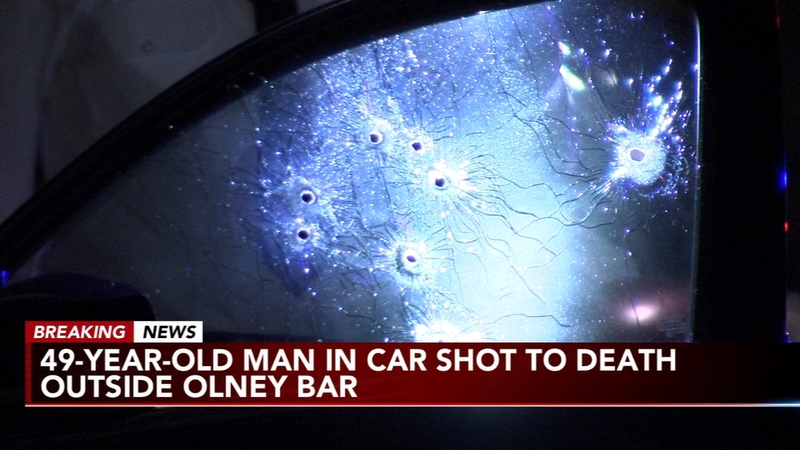 PHILADELPHIA (WPVI) -- A man was shot and killed outside a bar in the Olney section of Philadelphia.

Philadelphia police were investigating another homicide at 5th Street and Olney Avenue when they heard gunshots.

Other officers were notified and arrived to the scene to find a shooting victim in the driver's seat of an Infiniti sedan outside the Up Top Lounge.

Police say a total of 28 shots were fired at the scene from two separate guns, with at least 10 striking the vehicle.

The victim, a 49-year-old man, was struck once in the face and multiple times in the torso, police say.

He was taken to Einstein Medical Center where he was pronounced dead.

Police found a gun in the waistband of the shooting victim.

"Appears he never had a chance to pull or use that weapon," Philadelphia Police Chief Inspector Scott Small said.

Police are hoping nearby surveillance cameras recorded video to help in their investigation.