The road was worn down to the steel rebar.
WPVI
By 6abc Digital Staff 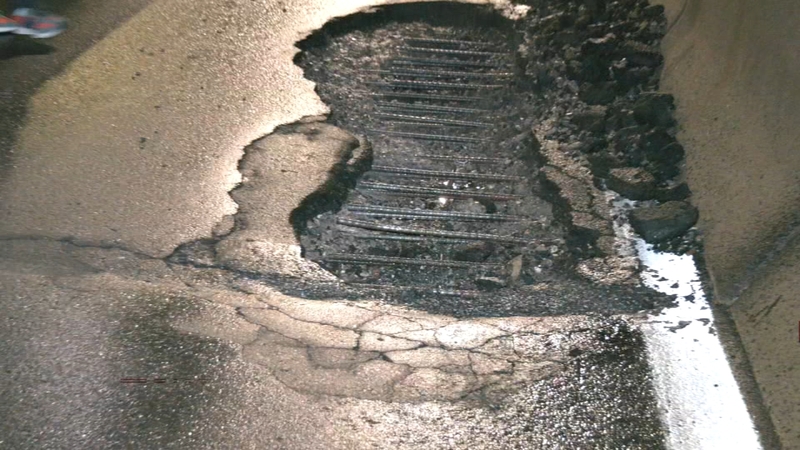 PHILADELPHIA (WPVI) -- Heavy rains washed away a chunk of the Roosevelt Boulevard in Philadelphia creating a large pothole on the roadway and plenty of trouble for drivers.

Philadelphia police were called around 1:30 a.m. Friday to the Boulevard near Wissahickon Avenue and Broad Street in the city's Nicetown section for multiple vehicles with flat tires.

Police say when they first arrived on the scene there were seven vehicles with flat tires.

A tow truck driver, also at the scene, told Action News crews had to change as many as 30 flat tires due to the hazard.

The road was worn down to the steel rebar.

Police closed the Boulevard's outer lane in the area for the Streets Department to make the emergency repairs.

Chopper 6 was over the scene late Friday morning and it appeared the hole had been filled.

The heavy rain led to flooding across the region.

Police had to rescue two women whose car became stuck in the high waters.