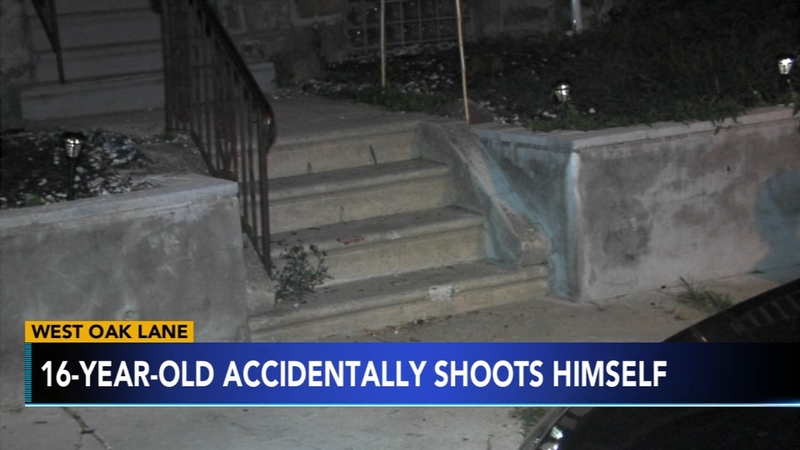 PHILADELPHIA (WPVI) -- A teenager is in stable condition after police say he accidentally shot himself in Philadelphia's West Oak Lane neighborhood.

Arriving officers and medics found a 16-year-old male inside his home suffering from a gunshot wound to the thigh.

Medics took the teen to the hospital for treatment.

Investigators say the 16-year-old male found his father's gun inside the house and took it outside onto the front steps when it fired one shot.

"It appears to be accidental at this time," Philadelphia Police Chief Inspector Scott Small said.

The father was not home at the time of the shooting. But, police say, other family members were inside the home.