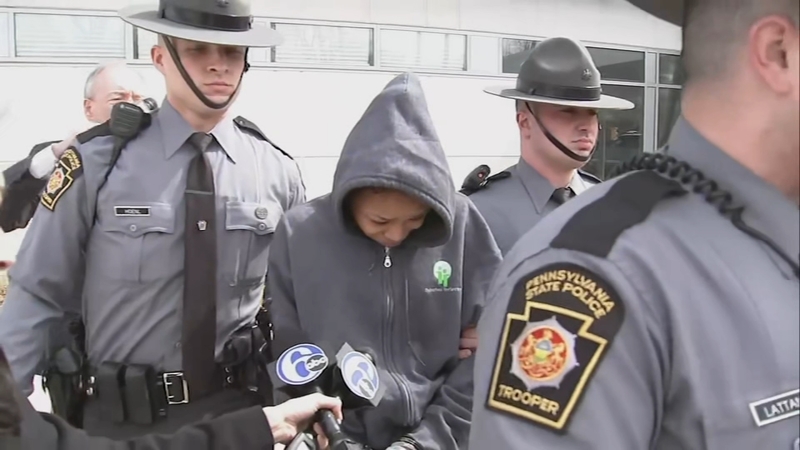 Preliminary hearing for I-95 crash suspect continued to June

PHILADELPHIA (WPVI) -- A preliminary hearing which was scheduled for Tuesday has been continued for the woman accused of hitting and killing two Pennsylvania State Troopers and a pedestrian on I-95 in South Philadelphia two weeks ago.

The hearing is now set for June 22.

PA state troopers arriving at the courthouse for the preliminary hearing of the woman accused of hitting and killing two troopers and a pedestrian on I-95 in South Philadelphia two weeks ago.@6abc https://t.co/jljHlXrwCp pic.twitter.com/awOhvpWhLJ

Police say 21-year-old Jayana Webb's blood alcohol content was twice the legal limit at the time of the fatal crash.

She is currently being held without bail, facing several charges including third-degree murder.

Her defense lawyer told Action News he needs more time to speak with Webb and to further investigate.

"She still is remorseful. The fact that three people have died. It's a tragedy. She's upset," attorney Michael Walker said.

Her attorney also says she's innocent until proven guilty and that he will argue for her to be released on bail.

Preliminary hearings are often rescheduled during the early stages of a case.

In court on Tuesday, the judge wanted the new preliminary hearing to be held as soon as possible in May, but the prosecution said a tow truck driver who was behind Webb before the crash happened wasn't available, so they eventually agreed on June.

Members of Station 77 in Montgomery County removed the flag that had been flying at half-staff in Sisca's honor.

It will be presented to the late trooper's family.