Police say the boyfriend fled the scene after the shooting.
WPVI
By 6abc Digital Staff 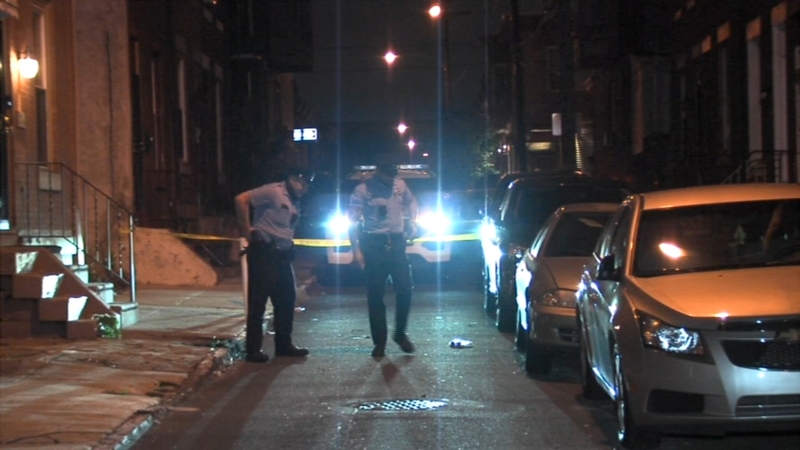 PHILADELPHIA (WPVI) -- A man who police say shot and killed his girlfriend's father and injured her mother in North Philadelphia remains on the loose.

The shooting happened around 10:30 p.m. Wednesday on the 2700 block of North Garnett Street.

Police say the girlfriend's father, a 49-year-old man, was shot multiple times. He was taken to the hospital where he was pronounced dead.

His 43-year-old wife was shot in the hands and is listed in stable condition.

The suspect, who has not been identified by police, fled the scene after the shooting.

Two shell casings and a semi-automatic gun were located.
A Nike sneaker was part of the evidence marked at the scene.

Police have not said what sparked the gunfire.

They are checking surveillance cameras in the area to help in their investigation.