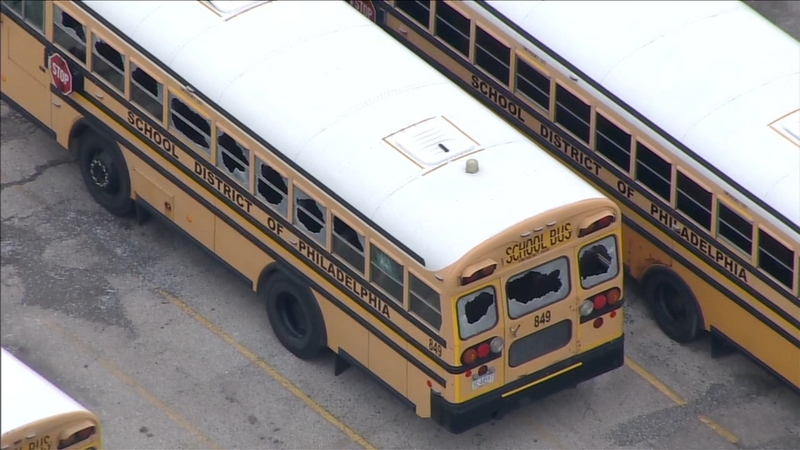 PHILADELPHIA (WPVI) -- Two boys were taken into custody after police say they caused about $60,000 worth of damage to property belonging to the School District of Philadelphia.

The School District of Philadelphia is left with $60,000 worth of damages to some of their buses.

Police say they took an 11-year-old and 12-year-old into custody after they were observed intentionally damaging the buses. @6abc pic.twitter.com/Lc47u3Aq9z

Both boys were seen intentionally damaging equipment and school buses, police said. The boys were not permitted to be on the grounds owned by the school district.

Windshields, side windows, and headlights were all shattered. Authorities said the pair caused about $60,000 worth of damage to 35 buses and one van.

Action News spoke with a driver who is now in a spare bus because his was damaged.

"It seems like they always find a way in. It's ongoing and consistent, it's unbelievable the damages they caused," said Gilbert Grant.

Grant says small problems have occurred from time to time with people getting into the bus yard. The district said this is the fourth incident this school year.

As far as how long it's going to take to fix the damaged buses -- the district says it'll depend on the availability of parts needed for repairs.